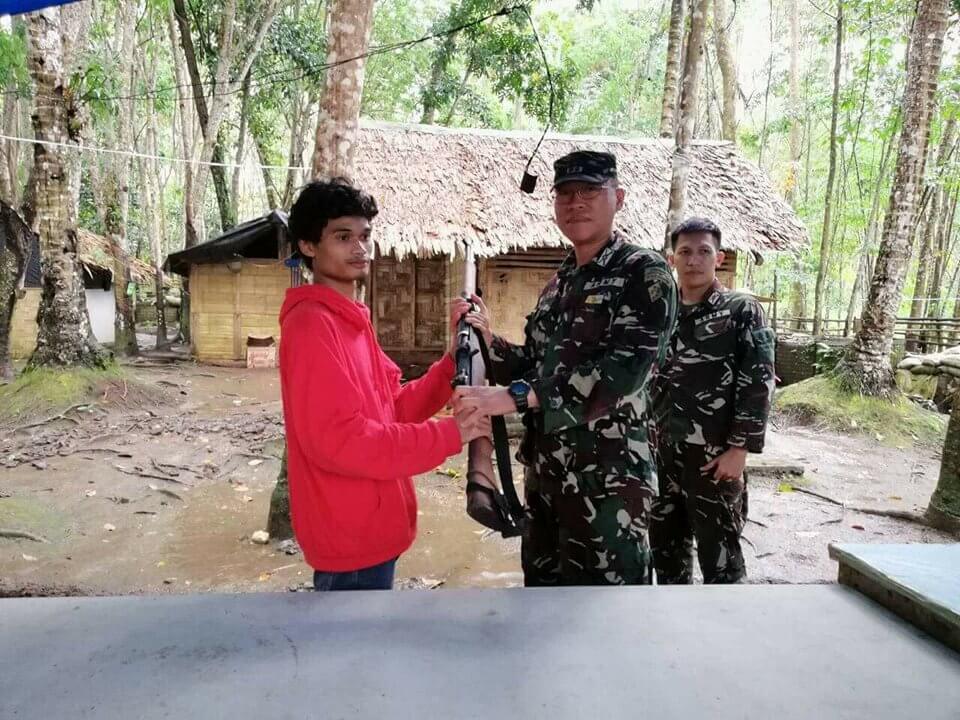 Brigadier General Juvymax Uy, the commander of the Joint Task Force Basilan, identified the surrenderees as Hasib Sarikin Mion and Hamdi Nor Bareo.

With the new surrenderees, the Western Mindanao Command (WestMinCom)  now accounts 172 ASG members going back to the folds of the law from January 1, 2017 to  February 4, 2018.

According to Uy, “Mion is an Abu Sayyaf member under Furuji Indama and Bareo is listed under the AFP’s list as a member of the group of Nurhassan Jamiri.”

Uy Attributed their success to the military’s relentless operations and sustained offensive  and pressure terrorists in the BaSulTa area, more Abu Sayyaf members laid down their arms,

Mion and Bareo yielded their two US M1 Garand rifles to the troops.

The duo will undergo a custodial debriefing to be facilitated by the troops in Barangay Cabangalan, Ungkaya Pukan, Basilan.

Of the 172 ASG members who surrendered  77 yielded to the troops in Basilan, 60 in Sulu, 33 in Tawi-Tawi, and two in Zamboanga City.

Lieutenant General Carlito G. Galvez Jr., commander of the Western Mindanao Command said “We want to work for peace without the use of arms that is why we are encouraging the rest of the Abu Sayyaf members to surrender because our thrust for internal security in Mindanao is sincere.”

Galvez added, “Our efforts to end terrorism will not only benefit the Armed Forces of the Philippines and the government but every Mindanaoan who yearns to have a peaceful life.”-Richard G. Falcatan/Newsline.ph