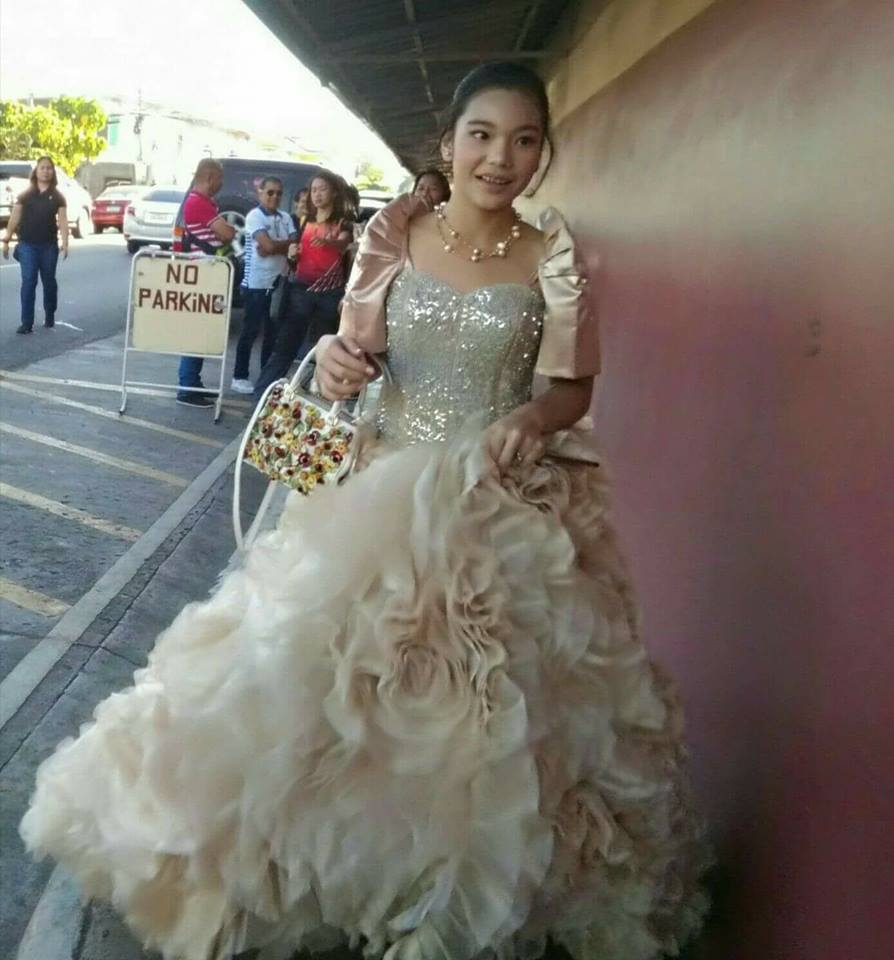 DAVAO CITY, Philippines — Eyes were glued on a  rushing “little lady” as the Linggo ng Wika culmination day was about to start at the Stella Maris Academy here.

Little did they realized, the elegant “little lady” is no less than the Presidential daughter Veronica Avanceña  Duterte or  Kitty.

Picture shows, Kitty was  rushing– no Yaya, no member of the Presidential Security Guard (PSG) tailing.

Kitty was wearing a rented gown from her mother’s friend “Sheng” who is into gown rentals along Quezon Boulevard here.

Honeylet Avanceña, Kitty’s mother told Newsline.ph ” Every year, Kitty is always looking forward to the Linggo ng Wika to wear Filipiniana the gown  of her choice.”

“She is looking forward to the culmination day, because to her, Linggo ng Wika is like Oscars,” Honeylet added.

At first, she wanted to have a new gown for Kitty for the event but instructed Chardin to prepare a cheaper gown, until her college classmate texted her that she has good gowns for rent, then they proceeded to see the collections and there–Kitty found one.

Honeylet said Kitty is not choosy when it comes to clothes but she goes for her own choice and  comfort.-Editha Z. Caduaya/Newsline.ph