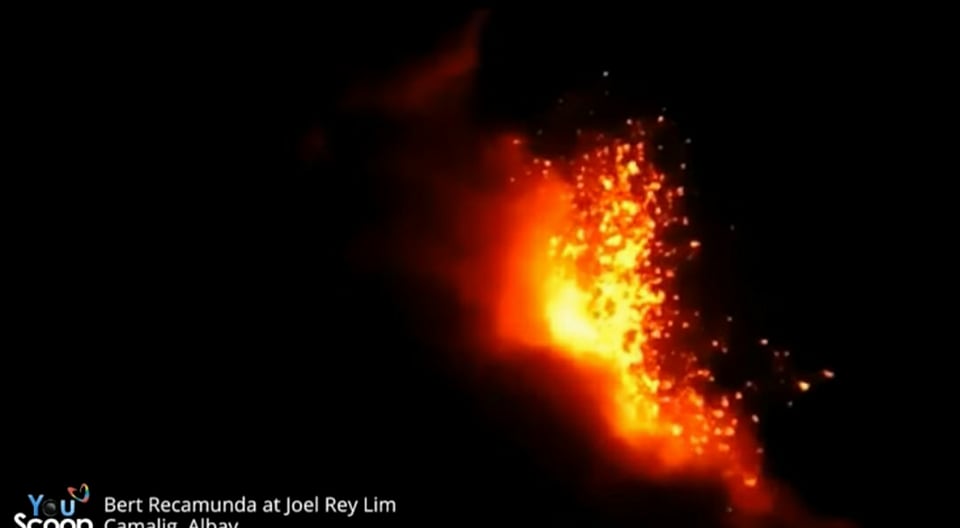 With this development, Mayor Noel E. Rosal said Thursday he would ask the city tourism office to advice all the visitors who want to watch the lava fountaining not to enter the 6-kilometer Permanent Danger Zone (PDZ) and extended the 2-km danger area at the foot of the volcano to protect them from any hazardous effect of volcanic activity.

The city chief executive also said in a statement that the Lignon Hill view deck park was one of the safer and exciting places for tourists who wanted to  document the volcanic fireworks.

For those staying for the night, he recommended the Oriental Hotel in Barangay Taysan not only for their accommodation but also as a safe Mayon viewing place.

The Lignon Hill Nature Park is a 156-meter peak that serves as one of the Legazpi City’s most famous landmarks, offering a panoramic 360 degree view of the city, the nearby Daraga town, Albay Gulf and the Mayon Volcano.

Another recommended viewing place is the Embarcadero de Legazpi fronting the Albay Gulf at the base of Kapuntukan Hills which connects to the city’s southern boulevard. It is a four-kilometer stretch of concrete road that offers a cool and relaxing ambiance, and lined up on one side by many different restaurants.

Mount Mayon has a near perfect cone and considered as one of the most active volcanoes in the country. It started its abnormal activities on Saturday afternoon,  spewing a cloud of smoke characteristic of phreatic eruption. The Philippine Institute of Volcanology and Seismology (Phivolcs) then placed Mayon under Alert Level 2.

On Monday morning, lava dome collapse was observed, thus, thousands of villagers residing at the foot of Mt. Mayon were evacuated into safer grounds.

There are currently some 38,000 Albay residents housed temporarily in different schools in the cities of Legazpi, Tabaco and Ligao and the towns of Camalig, Guinobatan, Daraga, Sto. Domingo and Malilipot, all in Albay province.

Phivolcs said Friday Alert Level 3 remains over Mayon and a hazardous eruption of the volcano is still possible in the next days or weeks.

Meanwhile, Mayor Rosal said he cancelled the Philippine Basketball Association game of Ginebra-NLEX Road Warriors, one of the sports events slated in the city this year, due to the continuous abnormal activities of the volcano.

“We want to protect the people including the visitors who want to spend their time (here) and see to it that they are all safe,” he said. –Emmanuel Solis/PNA