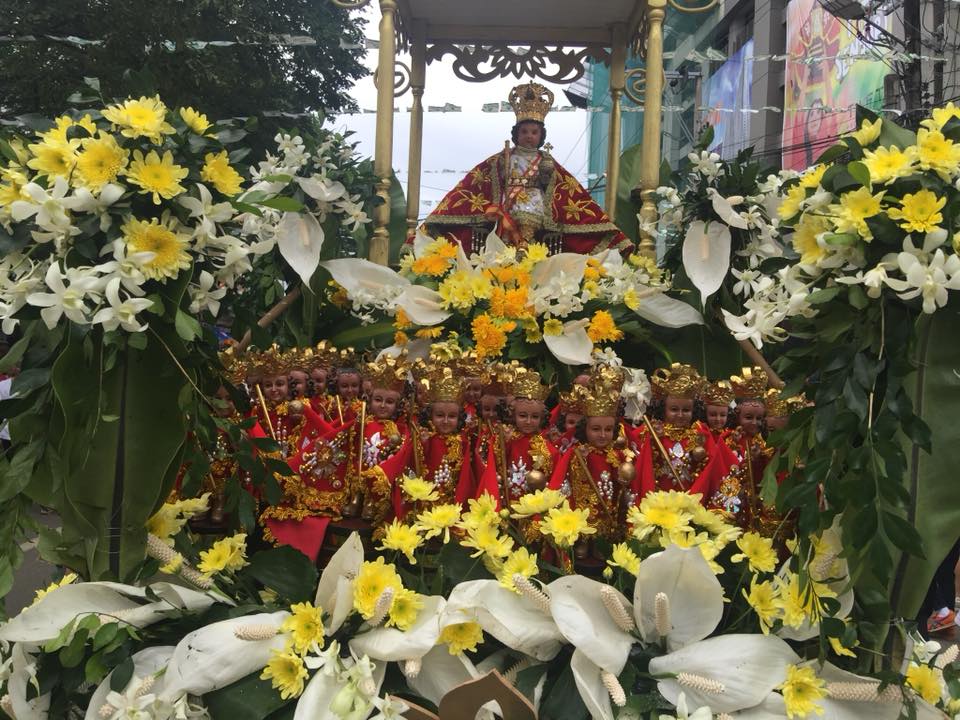 Devotees carrying different sizes of  the Holy Child’s image danced and  chanted on the streets, many of them have miraculous stories to tell about Santo Niño.

There were 30 big contingents who participated the grand parade which included the  Pangalao of Panglao (Bohol), Buyugan of Abuyug (Leyte), Tribu Kalivungan of North Cotabato, and Katbalogan of Samar and Leyte.

The  grand finale  was a musical presentation of the old and future Cebu with the  fireworks display.– Ira Vadal