Did the President escaped from his PSG? 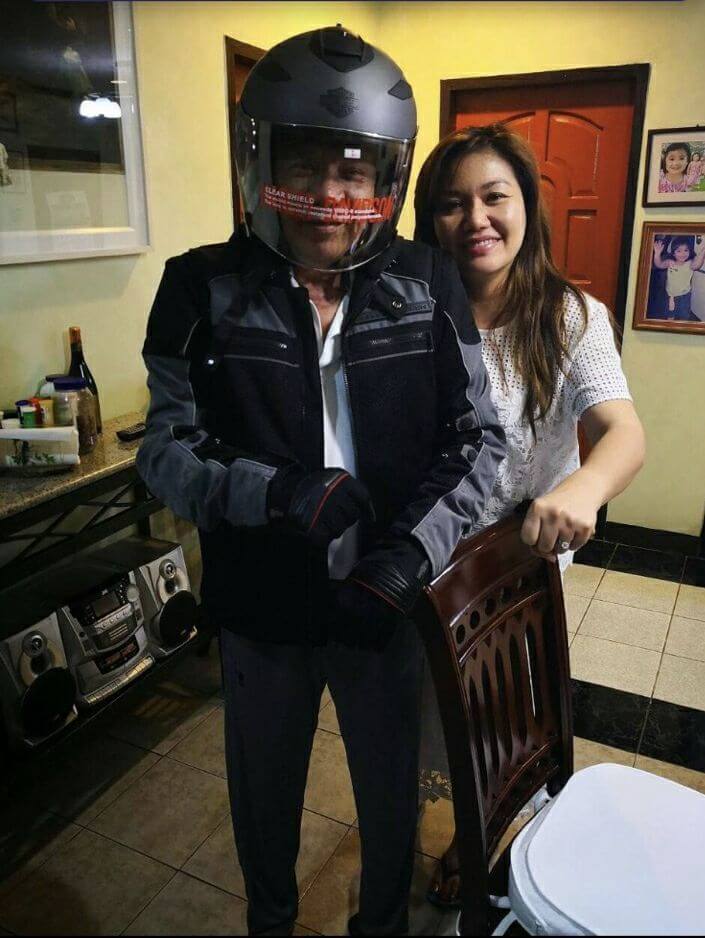 DAVAO CITY, Philippines — Did President Rodrigo Duterte escaped the tight Presidential Security Group and went on a motorbike in cognito in Davao City?

This question hang  as a photo showed Duterte wearing a  black helmet,  a stripe black jacket beside his partner Honeylet Avanceña inside their house  getting ready for a motorbike ride.

If it happened, it was not the first time since his presidency.

It was not learned when the incident  it happened.

On Saturday night, February 3, 2018,  Duterte visited the tomb of his parents at the Wireless cemetery to commemorate the death of his mother,  Soledad Roa Duterte.

A highly-placed Newsline.ph source said “It was not the first time, last year, he went around the city using old pick up.”

People close to Duterte theorized that the President must have missed his hobby.

Wayback his teenage days, Duterte used to escape from the household late night to join his police friends.

While he was still Mayor of Davao, Duterte often move around in cognito, driving an old motorbike, driving a taxi during wee hours of the day.-Editha Z. Caduaya/Newsline.ph