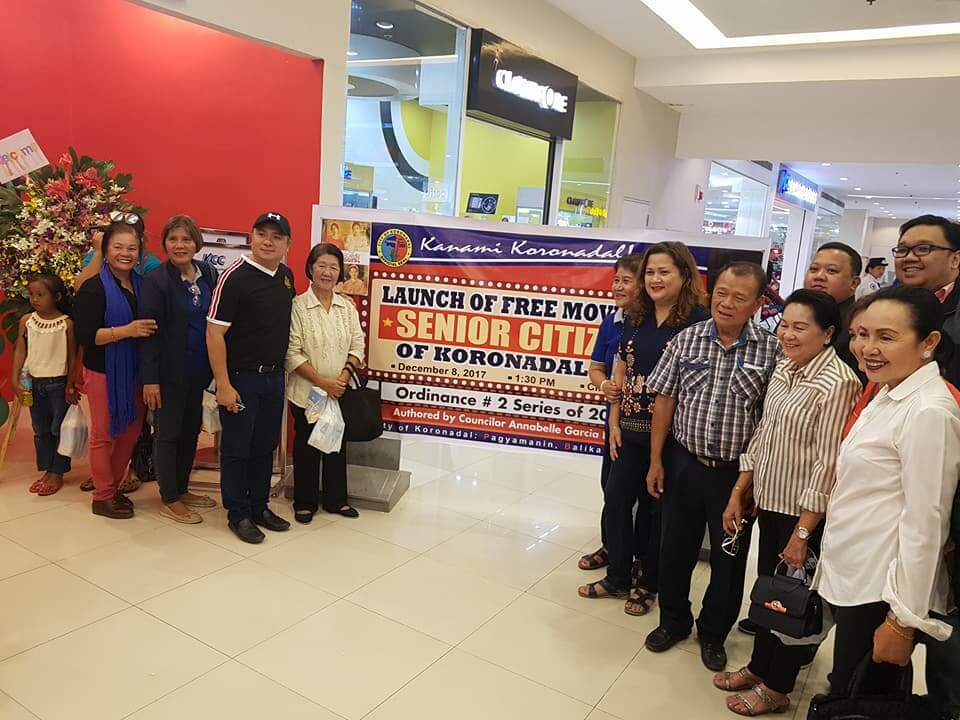 KORONADAL CITY, Philippines — The Sangguniang Panglungsod (SP) has launched the implementation of an ordinance that granted “free movie” for the city’s 26,000 registered senior citizens.

Under the ordinance, which was crafted by City Councilor Annabel Garcia Pingoy, registered senior citizens in the city are allowed to avail of a free movie on the first and last Mondays of the month only.

Based on the data from the city’s Office of the Senior Citizens (OSCA), there are approximately 26,000 ID-bearing senior citizens in the entire city.

Pingoy said that while the senior citizens were entitled to a 20-percent discount, but now it is totally free.  “All they need is just to show their Senior Citizen ID for them to be able to avail the free admission privilege,” said Pingoy, who is popularly known here as “Mama Bel.”

She stressed that the ordinance will make life “more enjoyable for the elderly in their twilight years.”

Pingoy said since they launched the free movie for elders before Christmas, hundreds of senior citizens have already availed of the city government’s program.

Last December, city officials, led by Mayor Peter Miguel and Pingoy, cheered the senior citizens gathered at the ordinance launching at the KCC Mall’s Cinema 2 before the “special screening” of the movie “Unexpectedly yours” which stars Robin Padilla and Sharon Cuneta.

Pingoy said Miguel was accompanied by his 75-year old father Fernando, reportedly a “fan” of Robin Padilla, when he attended the elder’s free movie launching.  “It’s a concrete proof that Koronadal City recognize and value the contributions of the elders in the city’s developments,” Pingoy quoted Miguel saying it during the launching.