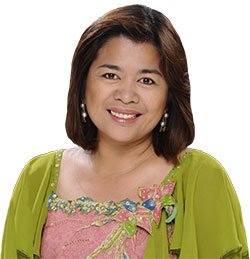 The Sandiganbayan has ordered suspended North Cotabato Governor Emmylou Taliño-Mendoza for 90 days as she faces a graft charge for the anomalous procurement of diesel purchased from her mother’s gas station.

In a resolution by the anti-graft court First Division promulgated on Tuesday, the court granted the Office of the Special Prosecutor’s motion to suspend pendente lite Mendoza, the governor who figured in the violent dispersal of farmers in Kidapawan city last April that killed three farmers.

The court said the graft information against Mendoza was valid and she had been arraigned when she pleaded not guilty to the charge, and thus her suspension for graft is in order.

The court said Mendoza’s suspension is mandatory in compliance with Section 13 of the Republic Act 3019 or the Anti-Graft and Corrupt Practices Act, which states that an incumbent public officer facing a valid information of graft or violation of Revised Penal Code involving fraud of public funds should be preventively suspended from office.

“Wherefore, in light of all the foregoing, the prosecution’s motion is hereby granted. As prayed for, accused Emmylou Taliño-Mendoza is hereby suspended as Governor of the Province of North Cotabato and from any other public office which they may now hold or hereafter be holding, for 90 days from receipt of this resolution,” the court said.