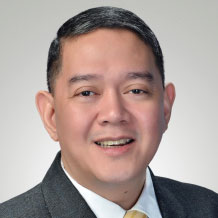 On Sunday, April 30, Duterte will launch the first ASEAN Roll On Roll Off (RoRo) ferry service high on the agenda for discussion.

Department of Trade and Industry (DTI) Assistant Secretary Arturo P. Boncato, Jr. said “We will be requesting for adoption of BIMP-EAGA Vision 2025. So that is a framework development plan that the subregional cooperation will be using and will be guiding us in the development of the subregion in the next seven to 10 years. Of course now, the highlight of the plan is to really harness all the support coming from different four governments.”

Boncato said the BIMP-EAGA has already secured $21billion in terms of infrastructure projects and funded with the four governments.

The four governments Boncato is referring to are Brunei Darussalam, Indonesia, Malaysia and the Philippines — the four countries that comprise the BIMP-EAGA which was formed to accelerate development in areas that are geographically far from their national capitals but strategically near to one another.

Another speaker, Mindanao Development Authority (MinDA) Deputy Executive Director Romeo Montenegro pointed out, “When you talk about BIMP-EAGA, these are subregional cooperation of the four countries but do not involve the entire country, but only subnational areas and subregional areas like in the case of the Philippines, it’s only Mindanao and Palawan, North Sulawesi and Kalimantan in Indonesia, Borneo for Malaysia and Sarawak, as well as the entire Brunei Darussalam.”

Montenegro added that the BIMP-EAGA subregional cooperation has been recognized in ASEAN.

“It has been able to provide the building blocks for bottom-up integration because the reality is that even before ASEAN came into being in 1967, centuries ago economic integration, socio-cultural integration had been happening already across these border areas of the four countries. That’s why this subregional cooperation is a formalization of centuries-old ties,” Montenegro underscored.

Meanwhile, Boncato, who serves as the Philippine senior official assigned to BIMP-EAGA, mentioned the opening of a new shipping route within the BIMP-EAGA that would further enhance trade between the Philippines and Indonesia.

“Another project outcome of the Summit will be the launch of the ASEAN RORO, Davao (PH) – General Santos (PH) – Bitung (Indonesia) Connection. That one will be launched on Sunday, April 30 by our President and President Widodo of Indonesia. That connection is part of the larger picture. Although this is an initiative of the BIMP-EAGA, it is also carrying the whole ASEAN picture as a project outcome of the Summit,” Boncato pointed out.

This new shipping route will be the first RoRo connectivity in the ASEAN. It is more cost and time-efficient as direct shipping through the Davao-GenSan-Bitung route will only take one day and a half of sailing, excluding port stay, in contrast to the usual Manila to Jakarta to Bitung route, which would take about three to five weeks of shipping time.

“One way would be about 1.5 day sailing time and if you do a round trip including of course the processing in the ports round trip would be around 7 days,” Boncato said.

Plans are now underway to replicate this ASEAN RoRo connectivity.