WHAT IS MARTIAL LAW? 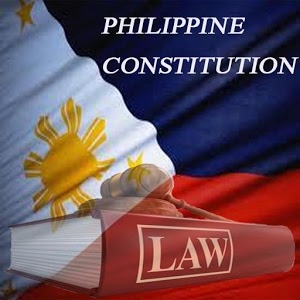 DAVAO CITY–The word of the day is Martial Law.

Below are definitions to guide us to understand the meaning and essence of the declaration.

From Wikipedia:
Martial law is the imposition of direct military control of normally civilian functions of government, especially in response to a temporary emergency such as invasion or major disaster, or in occupied territory.

Martial law can be used by governments to enforce their rule over the public. Such incidents may occur after a coup d’état (Thailand in 2006 and 2014); when threatened by popular protest (China, Tiananmen Square protests of 1989, 2009’s Iranian Green Movement that led to the takeover by Revolutionary Guards); to suppress political opposition (Poland in 1981); or to stabilize insurrections or perceived insurrections (Canada, The October Crisis of 1970). Martial law may be declared in cases of major natural disasters; however, most countries use a different legal construct, such as a state of emergency.

Martial law has also been imposed during conflicts, and in cases of occupations, where the absence of any other civil government provides for an unstable population. Examples of this form of military rule include post World War II reconstruction in Germany and Japan as well as the Southern Reconstruction following the U.S. Civil War.

Typically, the imposition of martial law accompanies curfews; the suspension of civil law, civil rights, and habeas corpus; and the application or extension of military law or military justice to civilians. Civilians defying martial law may be subjected to military tribunal (court-martial).

Under Art VII, Section 18 of the PH Constitution, take note of your rights and operative time limits of said proclamation made by President Rodrigo Dutere in Mindanao for 60 days.

“SECTION 18. The President shall be the Commander-in-Chief of all armed forces of the Philippines and whenever it becomes necessary, he may call out such armed forces to prevent or suppress lawless violence, invasion or rebellion. In case of invasion or rebellion, when the public safety requires it, he may, for a period not exceeding sixty days, suspend the privilege of the writ of habeas corpus or place the Philippines or any part thereof under martial law.

Within forty-eight hours from the proclamation of martial law or the suspension of the privilege of the writ of habeas corpus, the President shall submit a report in person or in writing to the Congress.

The Congress, voting jointly, by a vote of at least a majority of all its Members in regular or special session, may revoke such proclamation or suspension, which revocation shall not be set aside by the President. Upon the initiative of the President, the Congress may, in the same manner, extend such proclamation or suspension for a period to be determined by the Congress, if the invasion or rebellion shall persist and public safety requires it.

The Congress, if not in session, shall, within twenty-four hours following such proclamation or suspension, convene in accordance with its rules without any need of a call.

The Supreme Court may review, in an appropriate proceeding filed by any citizen, the sufficiency of the factual basis of the proclamation of martial law or the suspension of the privilege of the writ or the extension thereof, and must promulgate its decision thereon within thirty days from its filing.

A state of martial law does not suspend the operation of the Constitution, nor supplant the functioning of the civil courts or legislative assemblies, nor authorize the conferment of jurisdiction on military courts and agencies over civilians where civil courts are able to function, nor automatically suspend the privilege of the writ.