PH thanks Saudi for extending amnesty to undocumented OFWs 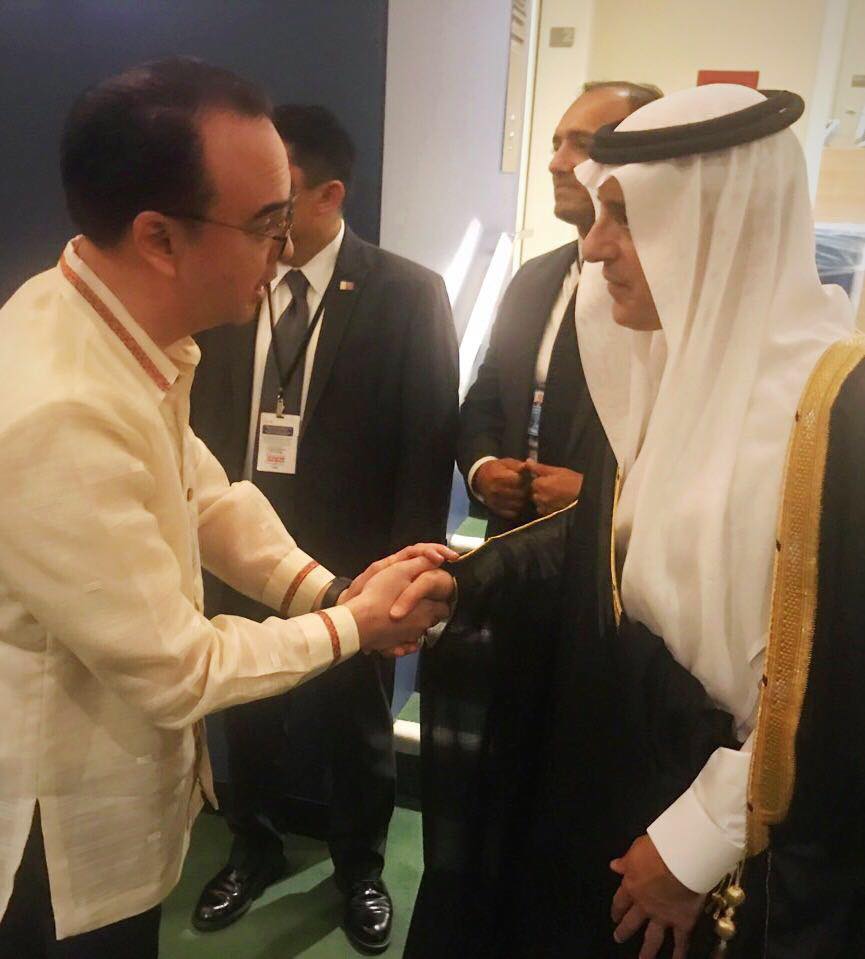 MANILA , Philippines — The Philippine government  Sunday expressed its appreciation to Saudi Arabia for extending an amnesty program that would allow thousands more of undocumented Filipinos in the kingdom to go home.

Department of Foreign Affairs (DFA) Secretary Alan Peter S. Cayetano said the extension of the amnesty program was expected to benefit more than 6,000 undocumented Filipinos who were not able to avail themselves of the initial amnesty offer.

A total of 8,467 undocumented Filipinos availed themselves of the initial amnesty offer and were repatriated in various batches by the DFA.

“We really appreciate this gesture of the Saudi government that would allow us to bring home many more of our kababayans (countrymen) who are still stranded there,” he said in a statement.

“The Philippine government would like to thank you very much for the extension of your amnesty program,” Cayetano told Minister Al-Jubeir after the latter delivered his country’s statement before the General Assembly.

Foreign Affairs Undersecretary for Migrant Workers Affairs Sarah Lou Arriola said the extension was in response to the request of the Philippines and several other countries for an extension of the amnesty program that began March 29 this year.- Leslie Gatpolintan (PNA)