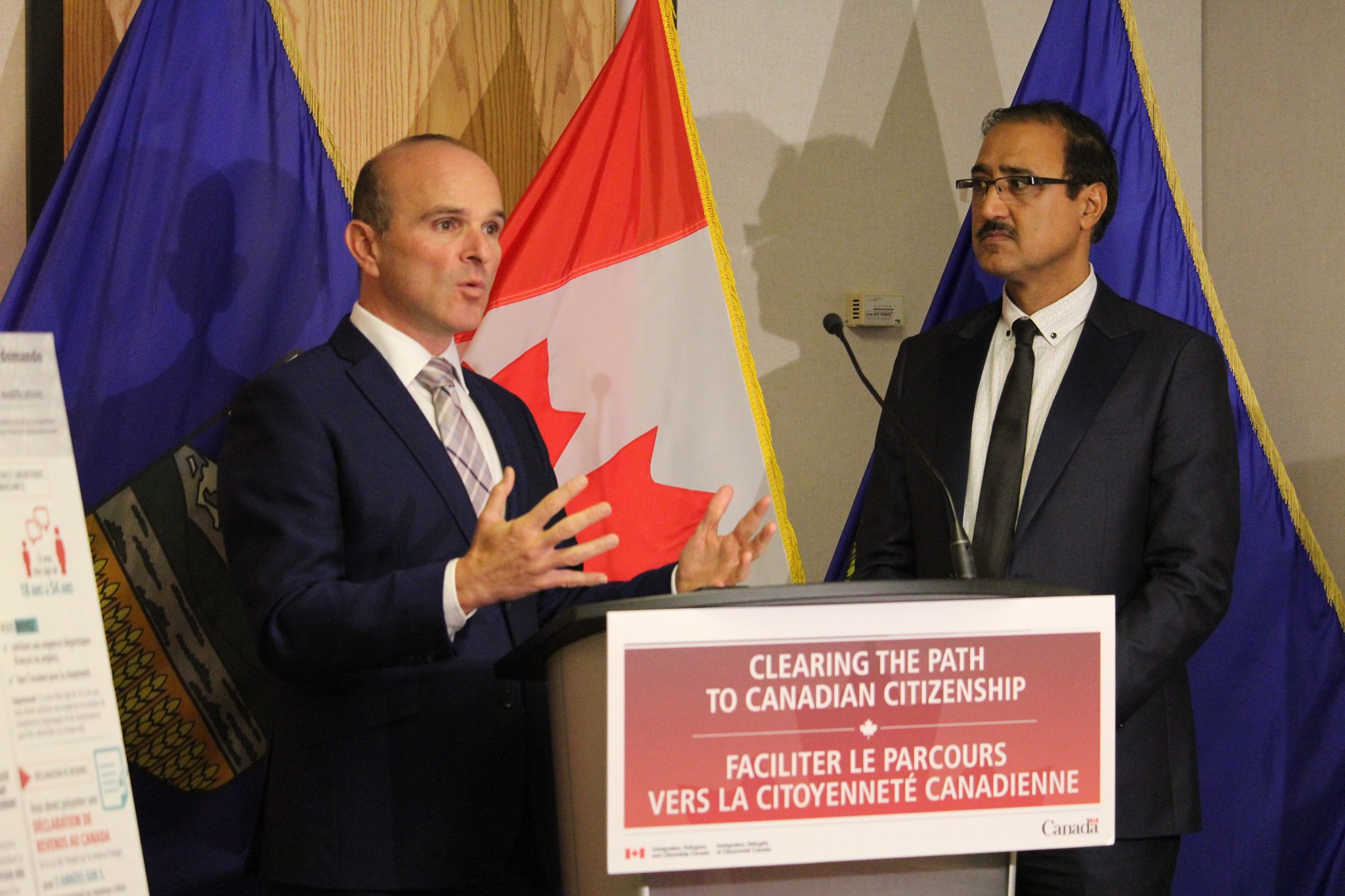 EDMONTON, CANADA— The Canadian government is preparing a bill which will change the landscape in the law involving migrants in the country.

Dubbed as the  Citizenship Act, it will recognise the permanent residents as citizens of Canada and can now apply for citizenship.

This development is a good news to all Filipino permanent resident  as  MP Randy Boissonnault joins Minister Amarjeet Sohi in giving an update on Bill C-6 that led to some changes in the Citizenship Act in a press conference, October 13, at the Canada Place in Edmonton as he emphasized  “that a Canadian is a Canadian is a Canadian”.

Among the highlights of the Citizenship Act changes are for permanent residents in Canada who can now apply for citizenship sooner and reduced processing time for reunifying spouses, among others.

The two members of the Parliament  visited here  and talked to the media in behalf of   Immigration Minister Ahmed Hussen. -Moses BIllacura/Newsline.ph