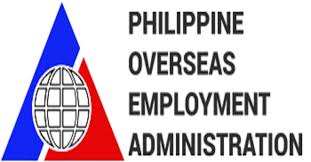 POEA officer-in-charge Undersecretary Bernard Olalia issued Advisory No. 17 cautioning overseas Filipino workers (OFWs) in the said nations and region since the number of cases of the illegal activity is reportedly increasing.

“The Philippine Embassy in Athens, Greece, informed the Filipino Community in Greece and Cyprus that there have been increasing cases of illegal recruitment of Filipinos overseas for deployment to Russia,” it said.

“The Embassy further cited that most are recruited from Hong Kong, Singapore, and the Middle East as household workers and are often charged huge fees by illegal recruiters,” the advisory added.

With this, the POEA official noted that there is no visa category for HSWs and holders of tourist or commercial visas are not allowed to work in Russia.

“There is no visa category in Russia for household service workers,” Olalia said

“Holders of tourist or commercial visas are not allowed to work in Russia and improperly documented workers are subject to detention, fines, and deportation,” he added. –PNA