Posted on February 26, 2018 by NewsLine Philippines 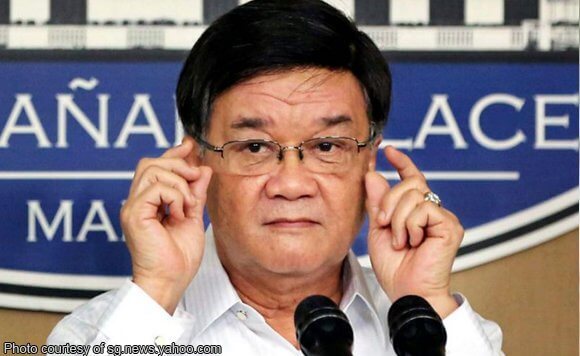 DAVAO CITY, Philippines — Justice Secretary Vitaliano Aguirre II has ordered the National Bureau of Investigation (NBI) to investigate the  local recruitment agency of Joanna Daniela Demafelis, the overseas Filipino worker (OFW) who was found dead inside a freezer in an abandoned apartment in Kuwait earlier this month.

Aguirre issued Department Order (DO) No.102 dated Feb. 26 directing NBI Director Dante Gierran to “conduct investigation and case build-up over possible liabilities of Our Lady of Mt. Carmel Global E-Human Resources Incorporated in relation to the death of the 29-year-old OFW from Iloilo.

He also directed Gierran to furnish his office with its activities related to the implementation of his directive.

Aguirre issued the directive to the NBI upon the order of President Rodrigo Duterte over the weekend.

Earlier, Duterte directed the NBI to look for the local recruiters of Demafelis following the arrest of her employers, Lebanese national Nader Essam Assaf and his Syrian wife, Mona Hassoun.

The two are the principal suspects in the death of the 29-year OFW.

Demafelis was recruited by Mt. Carmel which was shut down in 2016.

The foreign recruitment agency Demafelis was signed under was identified as Fadilah Farz Kaued Al Khodor Recruitment Office which is currently under the watch list of the Philippine Overseas Employment Administration because of a pending case.

The Demafelis family said they went to the recruitment agency that sent her to Kuwait after they lost contact with her in 2016 but they found out that it had been shut down due to recruitment violations.

The migrant worker’s body was found inside a freezer in the Al Shaab district of Kuwait on Feb. 9, a year after she had gone missing.

She reportedly had broken ribs and suffered internal bleeding before she died.

The case prompted Duterte to ban the deployment of new Filipino workers to Kuwait, where many abuses have been reported.

The President reiterated that the ban in the deployment of Overseas Filipino Workers to Kuwait will stay and the government is also looking into situations of migrant workers in other countries.

“Yes, we are doing an audit now to find out the places where we deploy Filipinos and (where) our countrymen suffer brutal treatment and human derogation,” he said. However, “that will be a long, long task,” the President added.

Joanna’s remains arrived in her hometown in Iloilo last February 17.

Her interment is scheduled first week of March. -PNA