IBP on the Declaration of Martial Law in Mindanao. 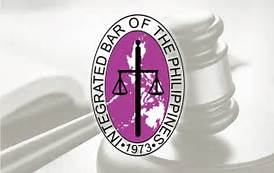 Statement of the IBP National Board of Officers on the Declaration of Martial Law in Mindanao.

The Constitution, under Article VII, Section 18, is very clear on the authority of the President to declare martial law, the extent of the authority, and the remedies and safeguards against the abuse of that authority.

In view of what has happened in Marawi City, the imminent danger of the escalation and spread of the hostilities to other parts of Mindanao, and the existence of other terrorist groups operating in Mindanao that can take advantage of the unrest and cause criminal acts and disorder, the national leadership of the IBP sees no reason to question the declaration at this time.

The public may rest assured that the Constitution is very clear on the fact that the declaration will not result to any diminution of their rights and that civil and judicial authorities will continue to function except in places where the continuation of such functions has been rendered difficult.

In fact, the Supreme Court has already issued a directive to all Mindanao judges and court personnel to keep the courts open and to continue to perform their duties and functions.

We call on the armed forces snd government agencies to wield this power with caution and regard for the rule of law.

The IBP supports all legal means to end this unrest in Mindanao and encourage the achievement of peace through lawful means.

We will remain steadfast in our commitment to uphold and defend the Constitution and vigilant against those who intend to curtail democracy and our fundamental freedom.