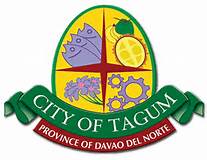 The City Government of Tagum, along with the Tagum for Peace Movement and Hugpong Tagumenyos, condemn in strongest terms possible the assault by lawless elements in the Islamic City of Marawi.

The peace-loving people of Marawi certainly does not deserve this act of terror. The people of Tagum extends the hand of solidarity to the residents of Marawi who are suffering in terror.

As such, we are throwing our full support to President Rodrigo Duterte’s declaration of Martial Law in Mindanao. This declaration, as authorized by the 1987 Philippine Constitution, is necessary and justified to combat terrorism and defeat rebellion.

We are confident that the national government will be able to solve this conflict in due time, given the extraordinary leadership of President Duterte.

We call on Tagumenyos to sustain the vigilance and cooperation with authorities during this challenging time. Let us continue to seek Divine Guidance and pray for peace and prosperity not only in Mindanao but in the entire country as well.

We stand shoulder to shoulder with the Duterte Administration and our fellow peace-loving Mindanaoans as we commit that those senseless acts of terror will never drive us apart.