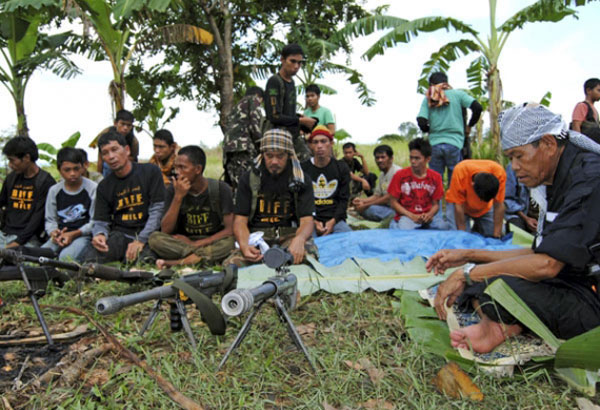 But the suspect was not in his home when the lawmen swooped down at past 4 a.m.

Tello said Falcon was involved in a rash of killings, robbery and extortion in Maguindanao, preying even on poor Muslim villagers during harvest season.

The police official said Falcon was the leader of the Bangsamoro Islamic Freedom Fighters (BIFF) who simultaneously fired rocket propelled grenades towards the Maguindanao provincial police office that left a civilian slightly injured last May.

Speaking to reporters, Tello said Falcon has also separate warrant of arrest for his alleged involvement in the 2009 Maguindanao massacre in Ampatuan, Maguindanao that left 58 people killed, including 30 journalists.

He may have eluded arrest but police filed charges for illegal possession of firearms and explosives and illegal drugs so another warrant will be out for him.

Nobody was injured in the clash but the Army believed it prevented the BIFF from getting closer to the national highway to conduct atrocities against government forces or civilian commuters. (EOF/PNA)