Maguindanao mayor, 9 others killed in a shootout 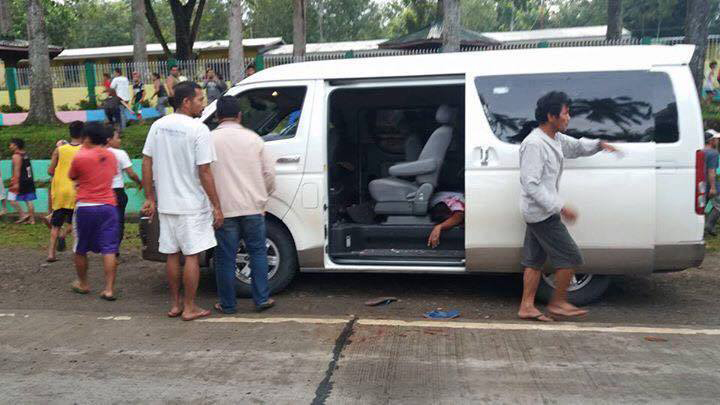 The victims were identified by Badrudin Carinda–LGU staff of Datu Saudi Ampatuan, Maguindanao.

The Mindanao Anti-Illegal Drugs unit led by Maj. Jovit Culaway  was conducting a  mobile checkpoint along Old Bulatukan in Makilala, North Cotabato, they  flagged down’s the convoy of the mayor  but  instead of stopping, the vehicles ignored the authorities and  immediately opened fire with the operatives which resulted to a shootout.

Culaway, chief of the Anti-Illegal Drugs Unit-Mindanao told this reporter “we were tipped off that the group will transport illegal drugs to Maguindanao and Cotabato, kaya kami nag checkpoint (a reason why we put up a checkpoint).”

(instead of stopping, they just slowed down and the door opened –they fired on us, they did not know we already positioned ourselves, we were about 30, 16 from my unit and the rest were from the Regional Public Safety Battalion, we need re-enforcement, we cannot do it alone because they have high powered firearms and they are too many) .’

On  September 27, the police raided Dimaukom’s  compound in Datu Saudi town but did not find illegal drugs.

The Mahindra police patrol  which escorted the Mayor’s convoy was  partially damaged as the first gun burst from the grandia van hit the vehicle, according to Culaway.

Culaway said Dimaukom was aboard the Grandia van while some of his bodyguards were aboard his land cruiser.-Editha Z. Caduaya/Newsline.ph