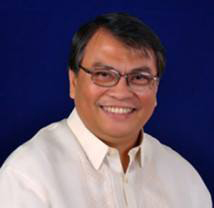 DAVAO CITY — The Office of the Ombudsman has ordered the dismissal from service of North Cotabato Vice Governor Gregorio Ipong  over the PDAF  scam.

The Ombudsman found probable cause to order the dismissal  Vice Governor Gregorio Ipong.

Ipong and four others are perpetually disqualified from holding public office, after it found him administratively liable for grave misconduct and conduct prejudicial to the best interest of the service.

Ipong who once sit as Representative of the Second District of North Cotabato, now Vice Governor is facing graft charges s after the Office of the Ombudsman found basis for filing before the Sandiganbayan graft and malversation over alleged irregularities in the disbursement of his P10-million PDAF in 2007.

While the Ombudsman’s ruling that found probable cause for filing the cases is subject to a motion for reconsideration, its order for the dismissal of Ipong and Jover from the service has immediate effect.

The Office’s field investigators found that in 2007, the Department of Budget and Management released P10 million as part of Ipong’s PDAF for livelihood projects in the province’s second district.

Documents obtained by the Ombudsman showed that Ipong allegedly endorsed and identified AFPI as NGO-partner with the TLRC as implementing agency.

The same documents showed that the sum was released in full in a single tranche “despite the [AFPI’s] non-submission of any project implementation and disbursement reports,” and that the NGO “was also of dubious track record.”

According to the Ombudsman, AFPI was not qualified to implement the livelihood project and allegedly had no business permits from 2004 to 2009. The NGO’s listed business address was also located supposedly in a vacant lot used for equipment storage.

Ipong denied the charges and said “the amount was coursed through AFPI based on the national ten-point agenda of the government at the time” adding that “he was not in charge of the subject funds but was a mere endorser of the livelihood project.”

Ombudsman Conchita Carpio-Morales citing Supreme Court Jurisprudence stressed that “under the Congressional Pork Barrel System, it is the legislator that exercises actual control and custody of the PDAF share allocated to him by appropriations statute.”-Newsline.ph