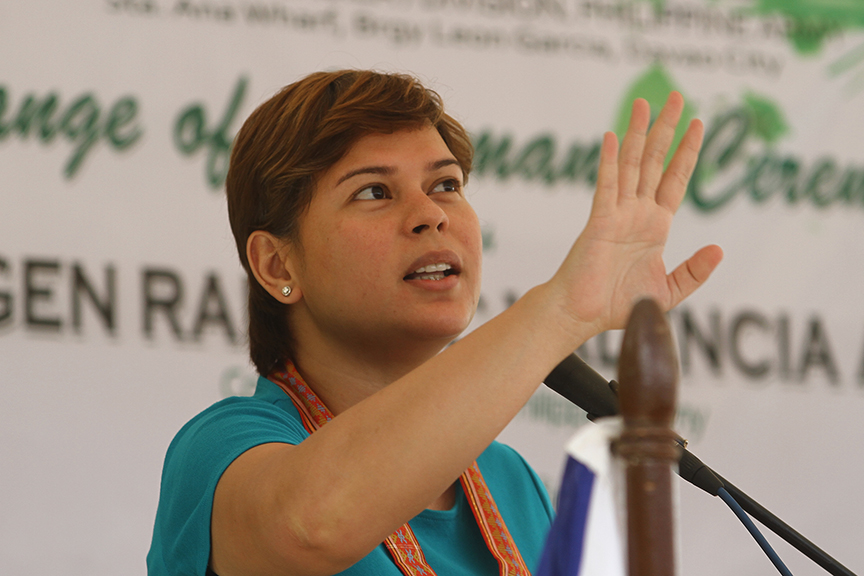 Davao City Mayor Inday Sara Duterte was thankful for the surrender of 35 cadres of the New People’s Army (NPA) recently.

In a ceremony last week, the mayor said the surrender was a proof that there is life outside the armed revolution of the NPA.

This, she said, was the reason why the city government established the Comprehensive Local Integration Program (CLIP), a program managed by the Davao City Social Services and Development Office (CSSDO).

“Thank you for deciding to return to the fold,” she said in a message read by Davao City Administrator Zuleika Lopez. “Thank you for trusting the government.”

The 35 former rebels each received P65,000 as livelihood assistance from the Office of the Presidential Adviser on the Peace Process (OPAPP). They will also be given units at the government housing project in Lasang and Los Amigos in Tugbok.

“We are hoping that our assistance will help you in your pursuit of change for yourselves and your families,” she said.

The mayor also encouraged the returnees to become good examples for their former comrades.

“I am also hoping that you will continue supporting the government and its programs,” she said. “I am also encouraging you to become good examples to your former comrades. Encourage them to join us in the pursuit of peace, understanding, and development — not only for you but most also for your families.”

Lopez said the returnees were also trained on how to manage their livelihood.

“Aside from the housing, the city also gave lectures on how to ensure that their businesses will prosper,” Lopez said. “The government will also make sure that it will happen through constant monitoring by our social workers.” CIO