Andanar: PH and Cambodia can learn from each other in Communications

Posted on December 15, 2016 by NewsLine Philippines 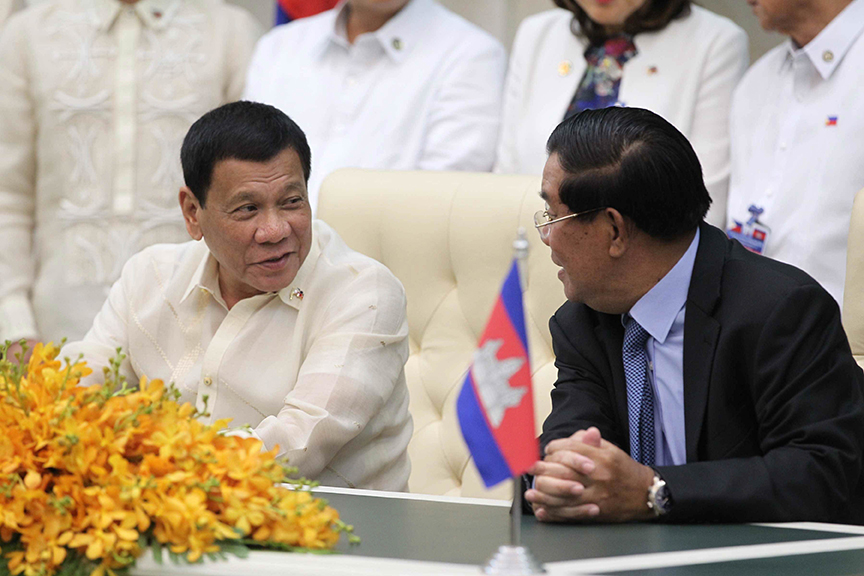 The two leaders had a hearty exchange of their experiences handling each government’s communication needs and challenges.

“We are very optimistic that our bilateral communications relations will grow further and promote better our two countries in the ASEAN region,” Andanar added.

Andanar expressed a grateful appreciation for the warm welcome accorded to the Philippines group by the Information minister who was joined by his own team from television and radio.

Andanar’s team toured the premises of CBS including its radio and TV studios.

CBS features international broadcasts to help Khmers overseas to keep in touch with their roots.

Other features are news, drama, and entertainment aimed at a young audience, with the popularity of social media also equally recognized.

Recognizing the significance of mutual cooperation, Andanar and Kanharith agree to continue their exchange in future visits to the Philippines and Cambodia.