Posted on December 20, 2016 by NewsLine Philippines 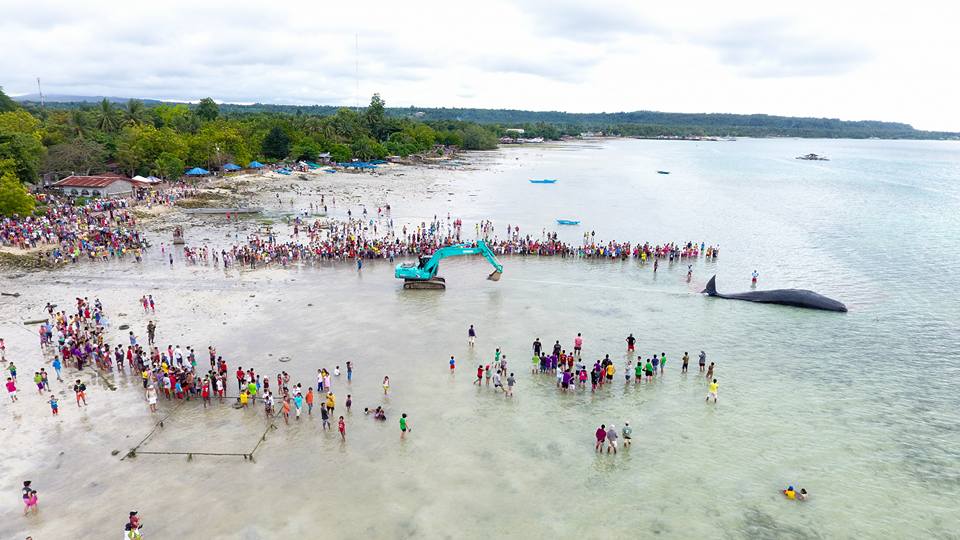 DAVAO CITY, Philippines–Biodegradable waste and other toxic materials wantonly thrown by human beings to the sea caused the death of the 38-feet juvenile sperm whale.

Initial necropsy of the young whale showed the distressed mammal has various toxic foreign contents inside its stomach causing its death.

Authorities from Bureau of Fisheries and Aquatic resources (BFAR) found out one component of the venile sperm whale’s stomach had many foreign objects which include cellophanes, fish nets, piece of hard wood with nail, pieces of rope, cut of steel wires and various pieces of plastics.

The other part of the stomach also contains, fish eyes, fish bones, and cartilages, different sizes of squid beaks and numerous stomach worms.

A report of Sunstar Davao quoted BFAD director Fatima Idris saying “following our initial report, our impression is because the whale’s stomach has those contents, those created the sperm to be distress and later succumbed to death.”

The meat and the carcasses were buried by the local government of IGACOS while the skeleton is being preserved by Darell Blatchley, owner of D’ Bone Museum in Davao City which will late be turned over to Samal for it’s museum.