Posted on December 23, 2016 by NewsLine Philippines 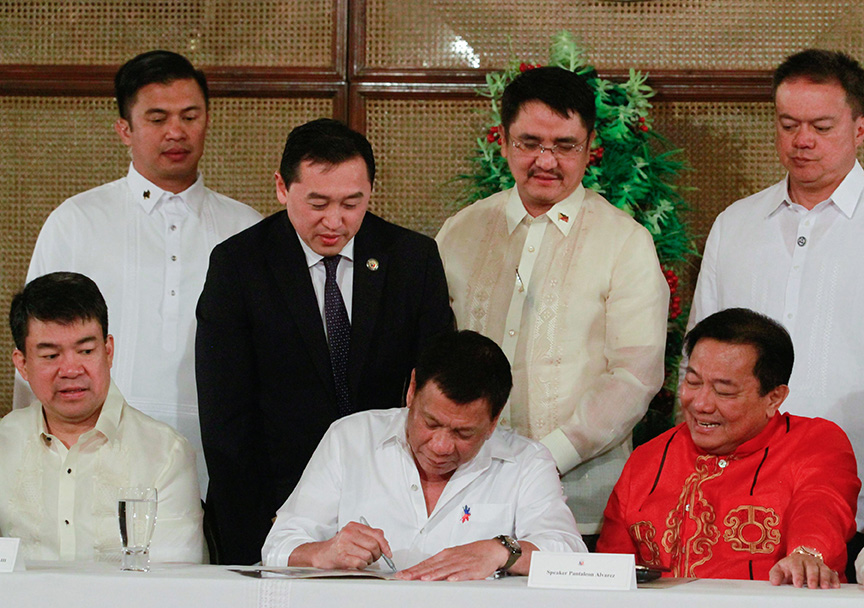 The biggest part of the budget goes to the department of Education (DepEd) with P544.1 billion reflecting P111 billion increase compared to the P433 billion for 2016.
Bulk of the budget is distributed for the maintenance of basic education facilities, create teaching and non-teaching positions as well as develop and provide learning resources to more than 20 million Filipino students¬ in the country.

The President thanked lawmakers as well as the Department of Budget and Management (DBM) headed by Secretary Benjamin Diokno for a budget that is “pro-people, pro-investment, pro-growth, and pro-development.”

In his speech, Duterte said the budget will benefit “the poor, the vulnerable, and those in the countryside.”

It is a budget for “real change,” one that “represents the bold plans of the Duterte administration,” the DBM said in a statement.

The Health Department has earlier said by 2017 poor Filipinos will benefit free hospitalization.

Duterte said farmers will no longer have to pay irrigation fees, because these will be shouldered by the National Irrigation Authority (NIA) which was allocated P38.4 billion.

A budget for , P850 billion was allotted for the construction of road networks and transport infrastructure to ease conduct of business and mobility of people.