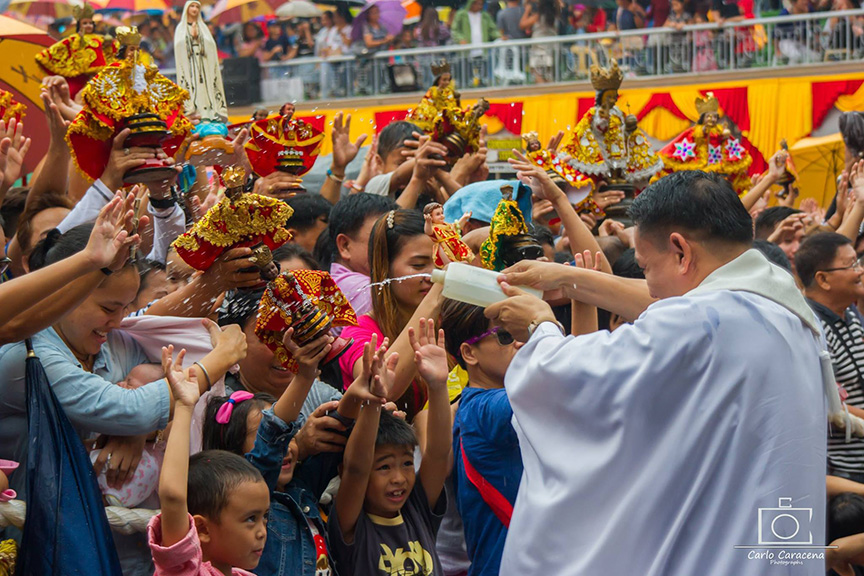 CEBU CITY — The Sinulog fiesta in Cebu is always an emotional experience regardless of the circumstances. It was even more emotional for Charlito Nibrel, who was hooked on drugs for 14 years.

While drugs may have been fun at first, it led to illness. His vision was ruined due to diabetes and became bed-ridden for months.

“Illegal drugs and gambling led me nowhere. . . . The Sto. Niño reminded me to return to Him instead,” he added.

This year’s Sinulog comes amid a harsh crackdown on drugs and crime by no less than Philippine President Rodrigo Duterte, who traces his roots to Cebu.

Even during Sinulog week, a woman was arrested at a Catholic church in Barangay Mabolo, with her infant child for dealing drugs inside of the church. SunStar Cebu identified the suspect as Maureen Rodrigazo, 25, from Barangay Carreta, who was acting as a courier for suspected drug pusher Engelo Manalo.

In his holiday message to the church, Cebu Archbishop Jose Palma said, “Thus, let us share this joy by protecting and promoting a culture, not of lawlessness, but (of) mercy, not of death, but (of) life.”