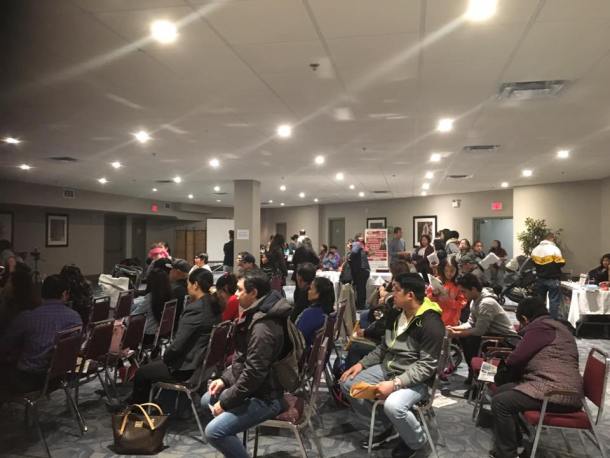 EDMONTON, Canada – For quite a good number of years, Filipinos in Western Canada have to fly to Vancouver to have their passports renewed.

That would mean air fare, hotel and food expense and everybody knows that if you’ll be in Vancouver, it won’t be cheap.

“There’s a growing need to have a permanent office in Alberta. With the unprecedented number of Filipinos coming in the province particularly temporary workers, having a career consul is urgent,” said Marco Luciano, Migrante Alberta spokesperson in a press statement.
“Having an office in Alberta also reduces the burden of the consulate office in Vancouver,” he said.

The new Philippine Consulate General’s Office is located at Suite 930, 617-10th Avenue SW, Calgary, Alberta, just a few hours by Greyhound bus, three from Edmonton and an hour or two from neighbouring towns where there’s always a Filipino worker or family residing.
Julius D. Torres is the appointed Consul General.

“We will help in whatever capacity we can, specially etong passport renewal,” said Lindo, originally from Agusan Province and currently leader of the Duterte Volunteers Group in Alberta Province.

He said Filipinos can save a lot of money, even up to a $1,000 if they each time to Vancouver, since going to Calgary or attending the outreach event in Edmonton is accessible by bus.