Is President Rody upset or emotionally down?

Posted on February 7, 2017 by NewsLine Philippines 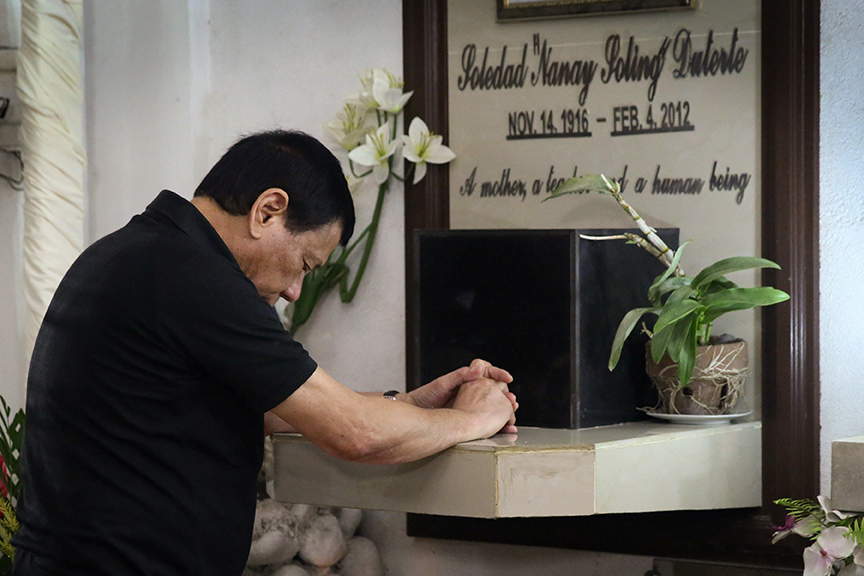 DAVAO CITY, Philippines – Is he upset or emotionally down?

This question being raised as President Rodrigo Duterte visited the tomb of his parents Sunday night, February 5.

Duterte who is to be very close to his late mother Soledad “Nanay Soleng” visited her graveyard to remember her 5th death anniversary.

Close friends of Duterte know the leader visit his parents graveyards when he is emotionally down or before he makes a major decision in his life.

On May 14, 2016, hours after he won the national elections as the 16th president of the Philippine Republic, Duterte cried at his parents graveyard asking their help.

At the graveyard of his parents, Duterte announced the pullout of all members of the government panel from the peace talks as he cancelled it on February 3 midnight.