Posted on February 14, 2017 by NewsLine Philippines 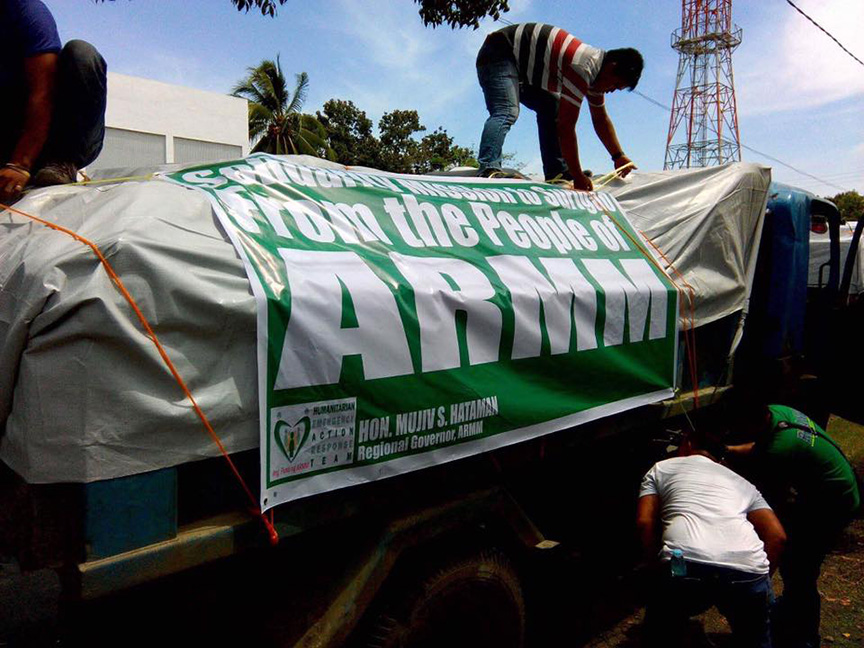 The Philippine Institute of Volcanology and Seismology (Phivolcs) said Surigao City was hit by magnitude 6.7 earthquake at 10 p.m. on Friday, February 10, causing deaths, injuries and damage to properties. Based on the agency’s report, the epicenter of the earthquake was 16 kilometers northwest of Surigao City and was of tectonic of origin.

As of latest data, the temblor’s death toll has risen to eight, and the number of injured is now at 2,019. The National Disaster Risk Reduction Management Council pegged damaged properties to more than P108 million. On Saturday, February 11, 2017, the government of Surigao City has declared a state of calamity.

“The people of Surigao need assistance, and we should provide whatever we can,” Atty. Alamia said. Based on a report from the Department of Social Welfare and Development (DSWD), at least 300 houses in Surigao del Norte, where the city is located, were damaged by the temblor.

In November 2013, ARMM HEART also extended relief and medical assistance to the victims of Typhoon Haiyan in Tacloban City, Leyte.

ARMM-HEART is a convergence of agencies that oversees disaster preparedness and response in the region. The team includes Phivolcs; DSWD; Department of Science and Technology; Department of the Interior and Local Government; Office of Civil Defense; Philippine Atmospheric, Geophysical and Astronomical Services Administration; and the Regional Planning and Development Office, among others. (Bureau of Public Information)