Posted on February 23, 2017 by NewsLine Philippines 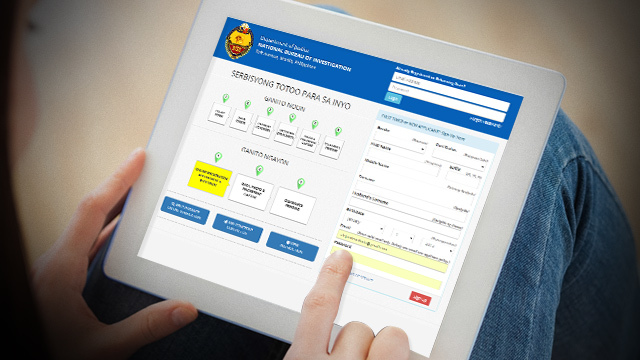 DAVAO CITY, Philippines (February 22)-The multipurpose National Bureau of Investigation (NBI) clearance “for whatever legal purpose”  will soon be available.

This, as the Department of Justice announced that  NBI clearance which is always required in many government transactions, like getting employment, passports, police clearance and  other legal purposes will be made available soon.

(The people are suffering and they find it hard to secure NBI clearance and other government requirements, that’s why President (Rodrigo) Duterte instructed us to make it multipurpose because he pity the people).

As it is now, Alvarez said the  NBI clearance being issued now is limited up to six months only and serve single purpose but soon it will be ready for use “for whatever legal purpose.”

Justice Secretary Vitaliano Aguirre II  emphasized “The Unified NBI Clearance system is our answer to the needs of our people who are faced with the modern demands for record-keeping and civilian identification… Once the NBI clears an applicant, he is cleared for whatever purpose.”

A memorandum has been issued to the NBI to implement his directive.

“The directive will be effective 15 days after notices have been published in at least two newspapers of general circulation,” the memo said. – Harold V.  Pontongan