Posted on February 28, 2017 by NewsLine Philippines 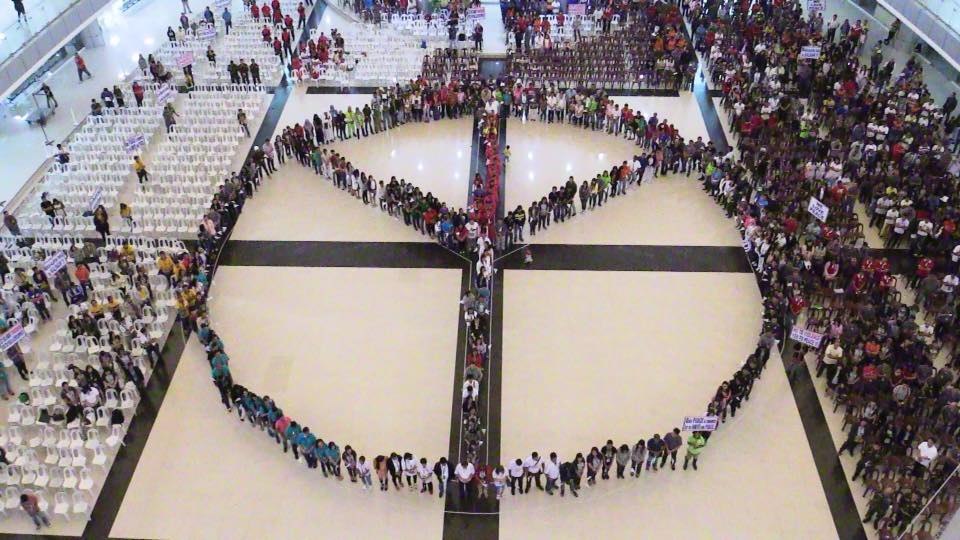 Local city officials and employees were joined by leaders coming from the Indigenous People, Youth, Muslim, Roman Catholic, and other religious denominations in offering their ‘prayers for peace’ in the front of almost 5000 Tagumeños who committed to the advocacy in achieving genuine peace in the city. The activity is aimed to express unity and solidarity of all sectors of society to support the efforts in achieving peace and development. In his message, Tagum City Mayor Allan L. Rellon emphasized that “peace must start within ourselves for peace cannot be achieved if we don’t have peace within us”. He also extended his full support and thanked the members of the Armed Forces of the Philippines and the Philippine National Police for their efforts and active participation for the multi-stakeholders’ ‘prayer for peace’ activity.

“We will not stop our crusade and advocacy until Tagum will become city with genuine peace,” Rellon added in his closing message.

Brigadier General Bienvenido R. Datuin, the Assistant Division Commander of the Army’s 10th Infantry Division reiterated the AFP’s continued commitment in performing its mandate in defending the communities’ freedom and way of life. “We will strive to build just, peaceful, and progressive environment for the present and the coming generations in a joint and harmonious effort with the city government, other government and the private sector,” BGen Datuin said.

“Help us encourage our brothers to return to the folds of the law and begin to live a renewed and productive life,” he added.

The Philippine Army is committed to support the city government’s endeavor and will always be a part in building a peaceful Tagum City.