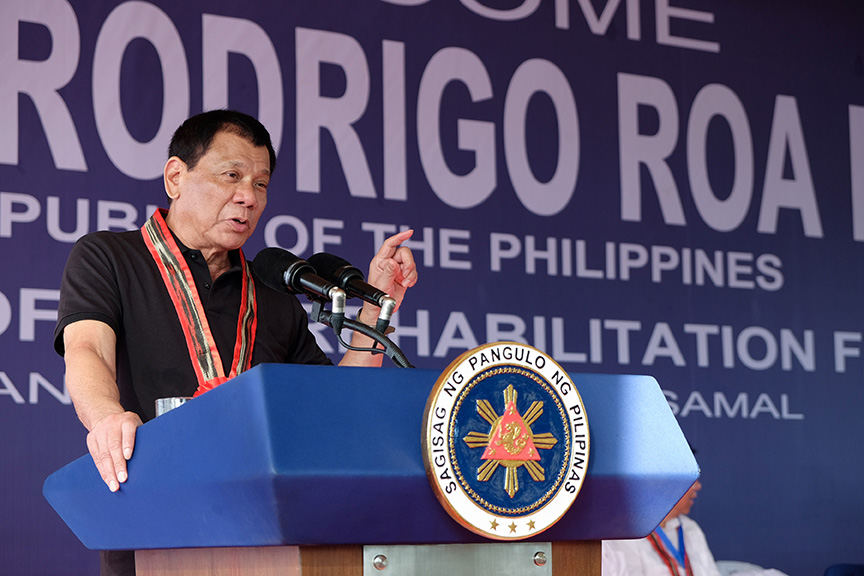 MANILA, Feb. 26 (PNA) – President Rodrigo Duterte has signed Proclamation No. 164 declaring January 25 of every year as a day of national remembrance for the heroic sacrifice of 44 Special Action Force (SAF) troopers killed in Mamasapano encounter in 2015.

”As the nation honors the memory of the SAF 44, their heroism also serves as a constant reminder of the continuing sacrifices being made by our valiant uniformed men and women in the line of duty,” stated in the Proclamation released by the Palace on Sunday.

President Duterte asked the Filipino people to remember the heroism of the SAF 44 and “recall the daily sacrifices of our uniformed personnel for the sake of the continued peace and security of our nation.”

Two of the 44 SAF troopers were awarded Medal of Valor by former President Benigno Aquino III while the remaining 42 will be conferred Philippine National Police (PNP)’s Medalya ng Kagitingan as directed by President Duterte.

The PNP’s Medalya ng Kagitingan is the highest award in the police service similar to the Medal of Valor of the Armed Forces of the Philippines (AFP). (PNA)