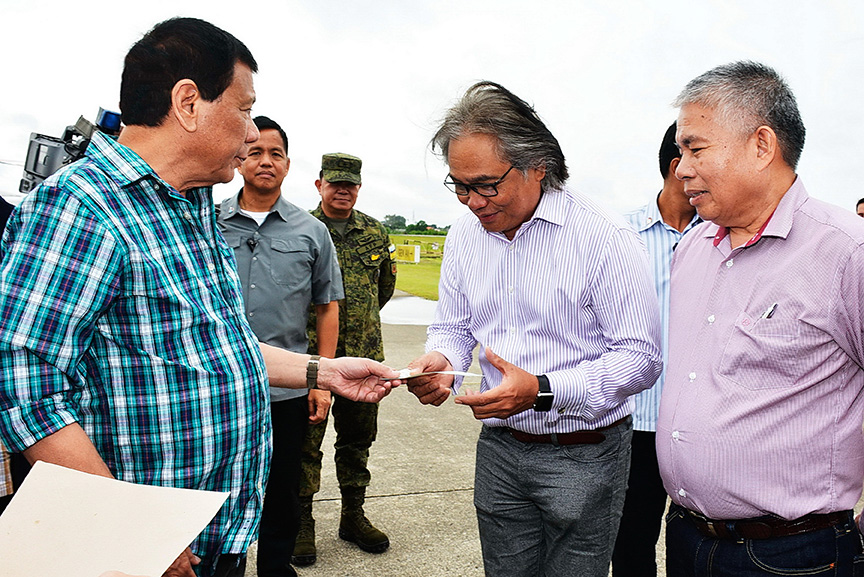 DAVAO CITY, March 3 (PNA) — The Department of Social Welfare and Development (DSWD) – Region 11 and the two regional hospitals in Davao sealed Friday the Memorandum of Agreement (MOA) for the implementation of the PHP300-million “Libreng Gamot” program of President Rodrigo Duterte.

Of the PHP 300 million, the Southern Philippines Medical Center (SPMC) in Davao City and the Davao Regional Medical Center in Apokon, Tagum, Davao del Norte get PHP150 million each.

DSWD Secretary Judy Taguiwalo, who led the signing of the MOA during the DSWD 66th Anniversary Program in Davao City, said the program dubbed Lingap sa Masa “Libreng Gamot” is the realization of President Duterte’s promise to give free medicines to indigent Filipinos including those workers with Job Order contracts.

The free medicine assistance will also be extended to members of the Philippine National Police (PNP) and the Armed Forces of the Philippines and those families already in financial crisis due to continued medication.

Taguiwalo said the PHP 300 million Libreng Gamot program is funded through the Social Civic Fund of the President with a total allocation of PHP1 billion.

The SPMC and DRMC are just two of the hospitals nationwide where DSWD has this engagement. The others are the Philippine General Hospital for the National Capital Region, one in Pampanga, one in Iloilo and one in Cebu.

DSWD-11 Regional Director Mercedita Jabagat said each patient can avail of up to PHP75,000 in medicine assistance. They are required to present medicine prescriptions and certificate of indigency to DSWD representative stationed in the SPMC or DRMC.

The provision of free medicines is covered by Memorandum Circular No. 16, DSWD field offices in Regions 3, 6, 7, 11 and the National Capital Region.

Taguiwalo said this program shows that President Duterte is very much aware of the high costs of medicines and the numerous indigent patients who cannot afford to buy prescription drugs.

Taguiwalo said DSWD is tasked under the Department of Health’s Medical Assistance Program to provide medical assistance to indigent patients through its Assistance to Individuals in Crisis Situations.

The DSWD prioritizes families or individuals who are indigent, vulnerable, disadvantaged or those in the informal sector; government employees and contract of services workers; and those who are facing crisis situations as determined by DSWD social workers as beneficiaries of the program.

The DSWD’s Crisis Intervention Unit (CIU), an action center that responds to the needs of individuals and families in crisis situations, will facilitate the release of the medical assistance. (PNA)
LAP/LCM/LDP