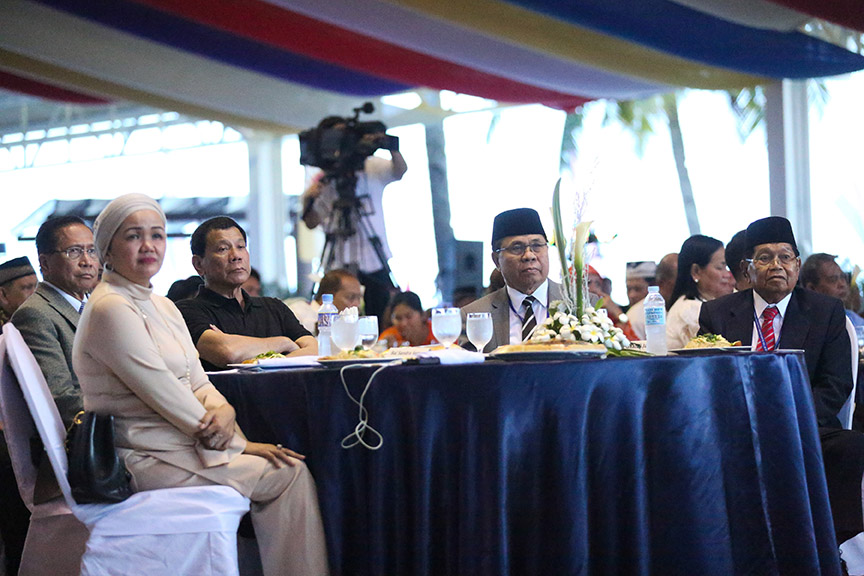 COTABATO CITY, Philippines – The revise and more detailed version of the Bangsamoro Basic Law is being readied by the 21-member Bangsamoro Transition Commission (BTC) and expected to be out soon.

Commission Chair Ghazali Jaafar emphasized the deferred BBL documents is now being reviewed to conform be consistent with the aspirations of the Muslims for self-determination and genuine peace to the homeland.

The BBL was a bill deliberated upon by the 16th Congress of the Philippines which, had it passed, would have established a proposed new autonomous political entity known as the Bangsamoro Autonomous Region, replacing the current Autonomous Region in Muslim Mindanao (ARMM).

As an organic act, the Basic Law would have provided for the basic structure of government for the Bangsamoro Autonomous Region, and enacted the agreements set forth in the Comprehensive Agreement on the Bangsamoro, which is the peace agreement signed between the Government of the Philippines and the Moro Islamic Liberation Front in 2014.

On February 23, the joint peace panel submited to Duterte the composition of the BTC, a body tasked to review the BBL and make it more attuned to the needs of the time.

Jaafar revealed the BBL is undergoing “finishing touches,” consistent to earlier signed peace agreements of the government and the Moro Islamic Liberation Front, including the just completed report submitted by the Transitional Justice and Reconciliation Commission (TJRC).

“We are taking the TJRC recommendations seriously in the newly envisioned BBL draft,” Jaafar assured.

“The challenge is now upon our shoulders to faithfully modify and improve that basic law according to the Bangsamoro rights and aspirations toward the making of an autonomous set-up that would blend to the unique culture and practices of nearly four million predominantly Muslim inhabitants,” Jaafar told the Philippine Daily Inquirer on Wednesday.

During Monday’s plenary session, the BTC head admitted ruffles along the way, but assured to come up with a finished product worth the support and approval of Congress.

“We cannot afford to fail, this time, in our bid for self-determination intended for Muslims, Christians, and indigenous people,” Jaafar said.

“The President, from the very start, has declared his wholehearted support to the Bangsamoro cause,” said Government peace panel chair, Irene Santiago.
In fact, Santiago said the President, who is pushing for a federal form of government through charter change, hinted to prioritize BBL first for the former would be more tedious to accomplish.

“The passage and enactment of the final BBL draft may serve as guide or model for a federal set-up, who knows?” Santiago opined.

She expects the BTC to come up with the new BBL version that it would submit to Congress in June.

By July, Santiago said, Duterte, scheduled to deliver his State of the Nation Address, is expected to certify the bill as urgent for Congress to study and act on it with dispatch.”

“Let’s hope and pray that by 2018, or before the local elections, we will have the Bangsamoro Transition Authority established that would replace the present ARMM,” said Santiago, who claimed to be a veteran community organizer of Moro women in strife-torn communities in Mindanao.