Posted on March 19, 2017 by NewsLine Philippines 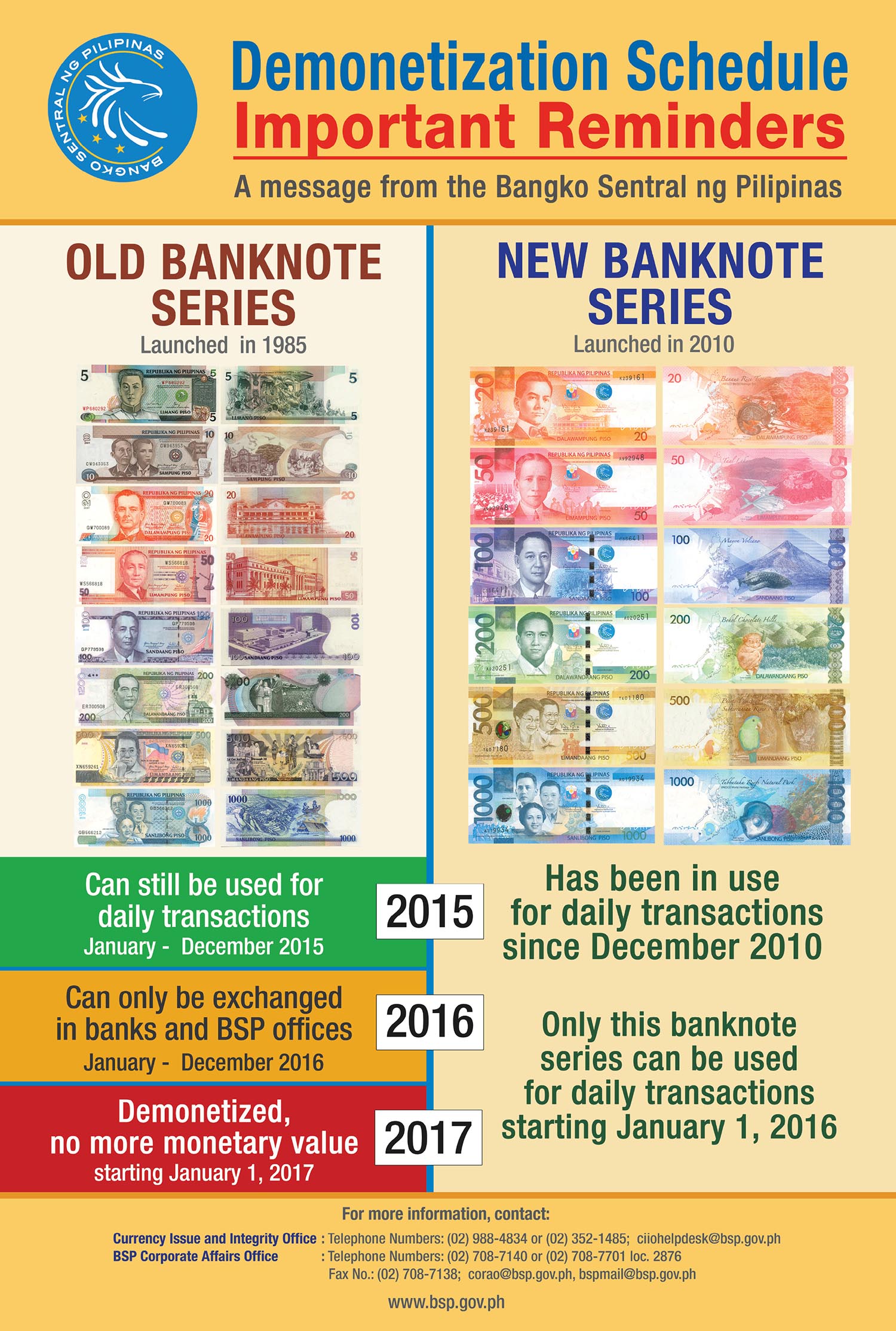 Davao City, Philippines — If you have old bank notes be sure to exchange the same to the Banko Sentral ng Pilipinas (BSP) before it loses value on March 31.

This, as the BSP extended the exchange period of old bank notes to give the public a chance to surrender old monetary series.

The BSP began its demonetization program in 2010 with the launch of new banknotes called New Generation Currency. These have updated security features, designs and colors.

The old-generation bills called New Design Series were not allowed for transaction beginning Jan. 1, 2016, but the BSP said these can be exchanged at authorized banks and BSP offices until the end of 2016.
The BSP earlier set a deadline for January 1, 2017.

But for those who work abroad, Overseas Filipino Workers (OFW0, migrants an non-residents the deadline is until December 31, all they need is to register until March 31.

Those registered since October 1 to December 31, 2016 maybe deposited within a year from date of registration.

Early January this year, the BSP unveiled P10-million pieces of Asean commemorative coins in time for the launching of the ASEAN 2017 Chairmanship by President Rodrigo Duterte.

Said issuance is the government’s way of reminding the public to promote greater awareness of the country being one of the ASEAN member.