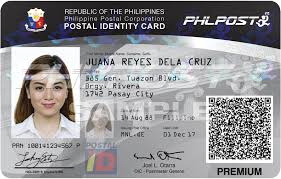 Then, you have with you a primary document or government legitimate  secured ID.

The Philpost ID is considered one of the primary government ID because it is difficult to duplicate or fake it.

It is packed advanced biometrics-based security  features which is hard to alter,  it has an improved physical and security features which guarantees a safe and reliable identification a reason why is considered a secured government ID.

The ID includes postal reference number (PRN), guilloche quick response (QR) code and has a hologram of running mailman seen only at a certain angle, ultraviolet (UV) ink that lights up under UV light and a smaller “ghost” like image of the cardholders photo.

In your transactions, you can present the Philpost ID as your valid government-issued ID and it is accepted by the Bangko Sentral ng Pilipinas and the Department of Foreign Affairs.

The old Philpost ID can still be used though, he added.