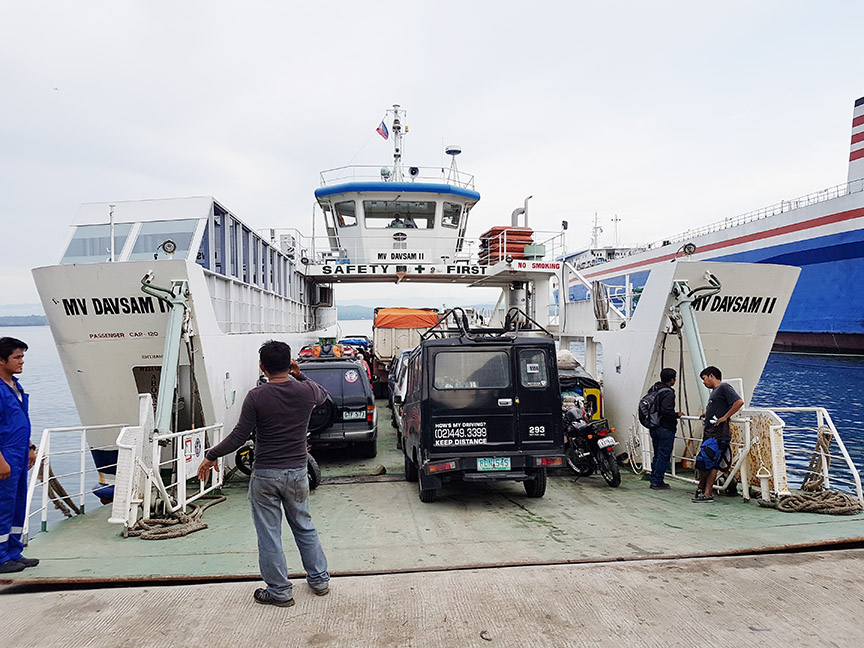 Congestion and overloading are among the things that Samal-bound passengers and vehicles should expect.

This developed as the MARINA suspended the planned fare increase among passengers due to lack of public consultation.

MARINA XI head, Felisa Orongan in a press conference said they suspended the supposed implementation of passenger fare hike due to lack of consultation.

Citing the failure of RORO operators to conduct public hearing before seeking to impose hike, Orogran said “public consultation must be done to hear the side of the passngers,” she emphasized, as a group of residents from Island Garden City of Samal (IGaCoS0 cried foul over the proposed increase for lack of consultation.

Gene Bangayan, operator of RORO plying Davao-Samal route and vice versa, placed a huge tarpaulin announcing the passenger fare increase from P10 to P20 per person and was supposed to implement the same on March 22.

On the congestion and non-compliance of passengers and motorists to the basic rules of Mrina, Orogran called on RORO passengers to follow safety measures as the agency is monitoring the movement from Sasa wharf to Samal and vice-versa despite existing policies.

In a press conference, Orongan emphasized “We really have a policy that in riding the ferry, passengers are required to turn off their car engines and step out of their vehicle but we have noticed that passengers do not follow this,” she said. “They insist that they don’t need to step out of their cars because the travel time from the wharf to Samal Island only takes about !) minutes.”

Many passengers and vehicle owners however refused to follow the simple procedure–too bad, most motorist ignore the safety measure.

She added:”May ibang tamad na pumunta sa taas, doon sa passenger area, where all life-saving apparatus are located. This should not be practiced because we do not know what is going to happen during that ten-minute ride.”

(There are passengers who are not going up to the passenger area).

Bernadine, a frequent passenger of the RORO told newsline.ph ” Since the RORO operated here I cannot remember an instance when I was asked to sign the passenger manifesto, it never happened.”
She also said that the barge will be prioritizing the passenger with vehicles. Walk-in passengers or those riding in barge without vehicles were encourage to ride the boats instead to avoid overloading.

“We call for the cooperation of the passengers. Let us not be complacent porke’t walang nangyayari. Let help us implement these rules,”Orongan stresses especially with the nearing of the Holy Week celebration in April where influx of passengers will be expected.