Duterte gets his Birthday wish 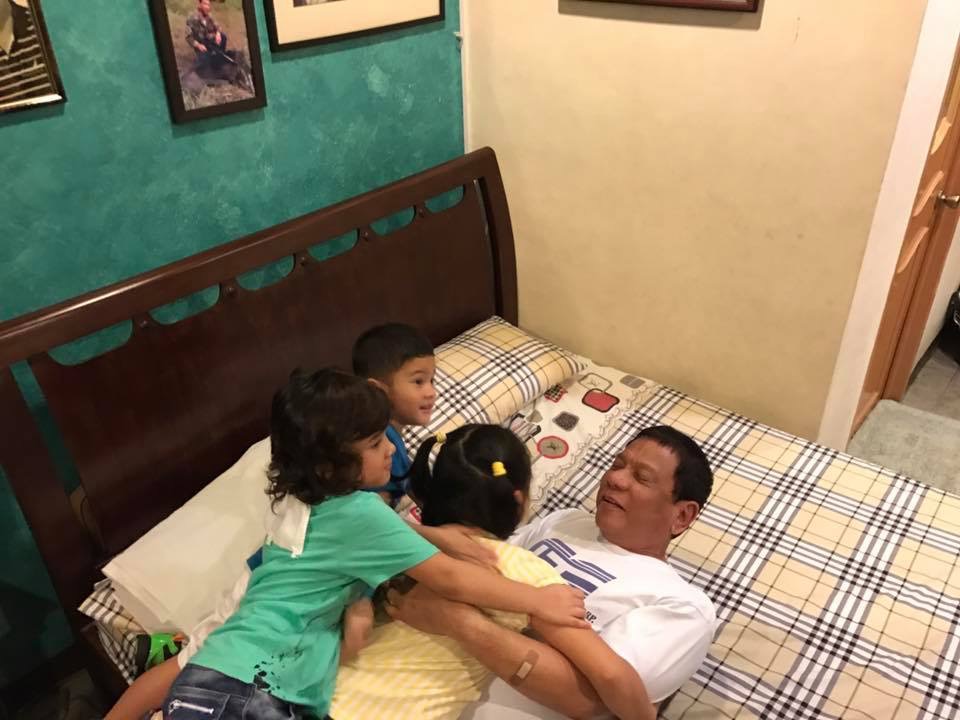 DAVAO CITY, Philippines (March 29)– President Rodrigo Duterte got what he wanted on his 72nd birthday yesterday, a private moment with his grandchildren.

The president was still on his bed in Davao when his grandchildren barged into his room and greeted him with hugs and “Bless.”

The youngest to greet was Marco Digong, the third child of Davao City Mayor Sara Duterte.

Duterte spends intimate moment with his grandchildren away from the lights.

Since he was elected president Duterte has been wanting private moments. Yesterday, he got what he wanted–a day for him with his loved one’s.

Being at home and enjoying private moment with his family, has been his practice on his birthday.

In some instances however, he went to the fisherfolk community or spend a day with children and broke bread with them.