ICC has no reason to interfere with PHL affairs – Palace

Posted on March 30, 2017 by NewsLine Philippines 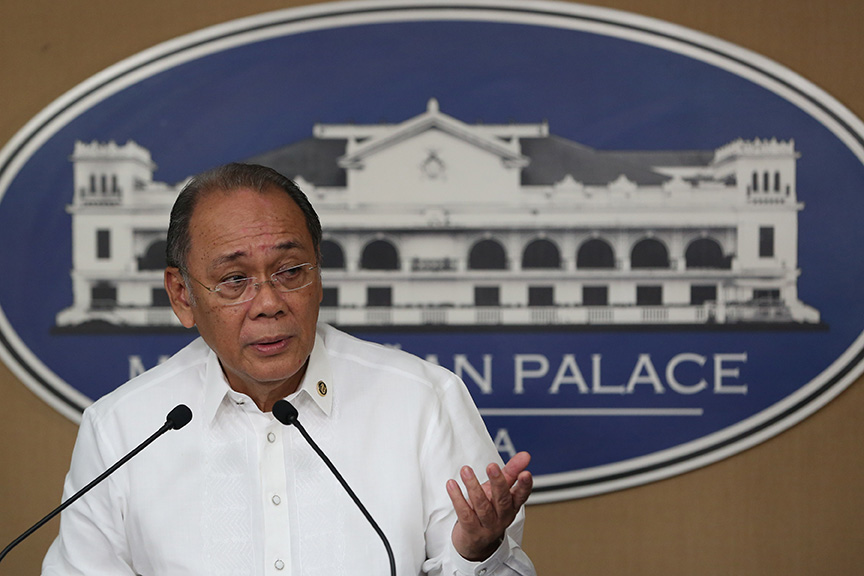 MANILA  — Malacañang on Wednesday said the International Criminal Court (ICC) has no business to meddle with Philippine affairs, stressing that the international body has no reasons to do so.

In a statement, Presidential Spokesperson Ernesto Abella said that the ICC cannot arbitrarily interfere in the domestic affairs of a sovereign country like the Philippines.

“There is no concrete evidence pointing to crimes against humanity here: such crimes must be widespread and systematically directed against a specific group. This element is absent in the Philippine situation,” Abella said.

His statements came after the Commission on Human Rights (CHR) said that the ICC is closely monitoring President Rodrigo Duterte’s war against illegal drug due to the high number of deaths.

In an interview aired Tuesday over The World Tonight at ANC, CHR chair Chito Gascon said that number of deaths under the administration war against drugs has already breached the generally accepted threshold set by the international community for killings to be termed as widespread.

“The general consensus is that you have already reached at thousand deaths,” he said.

The Philippine National Police (PNA) has acknowledged that more than 2,500 have been killed in legitimate police anti-drug operations.

Thousands more were killed in vigilante-style killings believed to be the work of drug syndicate members out to silence their comrades.

But even Gascon admitted that while the CHR is investigating possible cases of human rights violations in the drug war, it is not yet time to bring matters to the ICC.

“CHR prefers to pursue justice within our own national mechanisms,” Gascon said.

Sometime in October last year, ICC chief prosecutor Fatou Bensouda warned that “any person in the Philippines who incites or engages in acts of mass violence, including by ordering, requesting, encouraging or contributing, in any other manner, to the commission of crimes within the jurisdiction of the ICC, is potentially liable to prosecution before the Court.”

She added that extrajudicial killings (EJKs) may also fall under the jurisdiction of the ICC “if they are committed as part of a widespread or systematic attack against a civilian population pursuant to a State policy to commit such an attack.”

However, Abella pointed out ‘the Philippine Senate already absolved the President and there exists no such crime.”

The Senate Committee on Justice and Human Rights has concluded in October, 2016 that President Duterte has no involvement in alleged summary executions during his term as Davao City mayor and as President.

Sen. Richard Gordon, the panel chair, said that even the current EJKs could not be concluded as state-sponsored. (PNA)