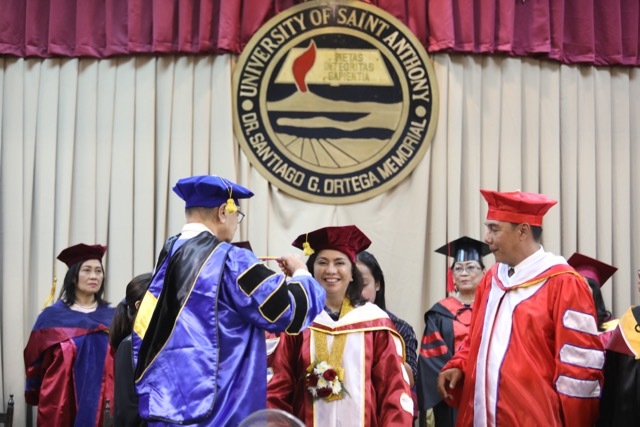 MANILA, Philippines– In a day, President Rodrigo Dutete declined the offer of the University Philippines Board of regents for an honorary doctorate degree while his vice president received one.

Duterte emphasized his “personal” policy not accept awards or recognition.

In 2014, Duterte was  honored as “World Mayor” given by City Mayors Foundation to give recognition and honor to those who serve their communities well.

But when he learned  about the award, Duterte said “Take my name out of the list, I don’t need the award,”

“I take my job seriously because I am the mayor, but if you say, you’re giving me an award, I won’t accept it, ayaw ko iapilapil,ngil-ad tan-awon (don’t include me, it doesn’t look good),”

In 2010, Duterte also  declined other awards for the city, including the anti-smoking award in Singapore in 2010 and another award given by the American Cancer Society.

“With due respect sa (to) UP, I do not accept even when I was mayor. Hindi ako tumatanggap (I never accept). As a matter of personal and official policy, I do not accept [such] awards,” he said.

The awarding of such honorary degrees to Philippine presidents is a tradition. The conferment usually takes place during the first year of the president.