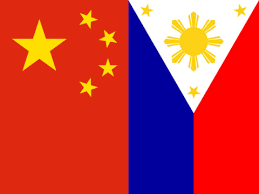 MANILA, Philippines– The Office of the Ombudsman welcomed officials from the National Bureau of Corruption Prevention (NBCP) and the Department of International Cooperation of the CPC Central Commission for Discipline Inspection and Ministry of Supervision from the People’s Republic of China on 10 April 2017.

Ombudsman Conchita Carpio Morales welcomed the delegation from the People’s Republic of China, who were joined by representatives from the China Embassy.

Top ranking officials of the Office of the Ombudsman gave an orientation on the functions, powers and milestone anti-corruption initiatives of the Office.

The meeting was requested by the Embassy of the People’s Republic of China to explore possible bilateral cooperation initiatives between the NBCP and the Ombudsman towards the establishment of the China-ASEAN anti-corruption cooperation mechanism.

The delegation from the People’s Republic of China was headed by Vice Minister Liu Jianchao of the NBCP and Director General of Department of International Cooperation of the Central Commission for Discipline Inspection and Ministry of Supervision.

The relationship with Ombudsman and the China counterpart was  established  in 2007, the NBCP aims to monitor the flow of suspicious assets and suspicious corruption activities by establishing an information-sharing system among prosecuting offices, courts, police authorities and banks. NBCP also guides the anti-corruption work in companies, public undertakings and non-governmental organizations, help trade associations to establish self-discipline systems and mechanisms, prevent commercial bribery, and extend corruption prevention work to rural organizations as well as urban communities. (www.ombudsman.gov.ph)