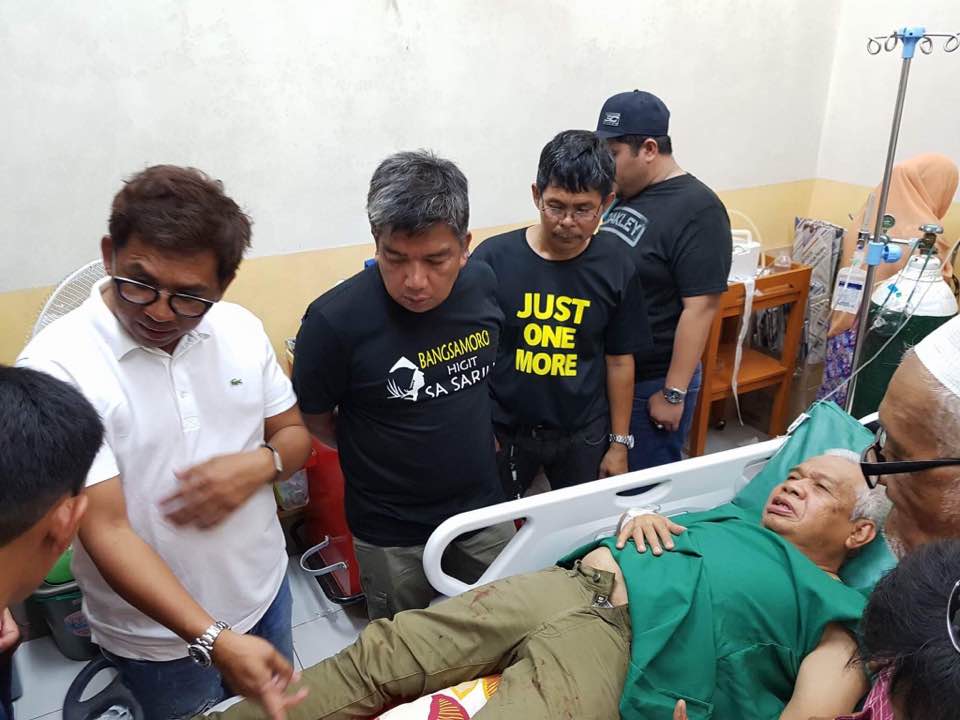 DAVAO CITY, Philippines – A municipal Vice Mayor and his father, a former Mayor and six other persons were wounded when armed men lobbed a grenade on their car Friday afternoon, April 20.

The victims were on their way home from Golden Mosque after the Friday Islamic Prayer in Barangay Poblacion, Talayan town when unidentified suspects threw the hand grenade.

Initial police investigation revealed unidentified suspects threw a hand grenade.
Another hand grenade was thrown by the suspect but it did not explode.

The victims suffered shrapnel wounds in the leg and other parts of the body.
Police have yet to identify the motive and the suspect behind the incident.

A firefight between the responding police authorities and the suspects took place as the suspects were spotted in another vehicle.

The encounter prompted authorities to momentarily shut down the Talayan portion of the Cotabato-General Santos highway.

The Midtimbangs and the other victims were rushed to the Cotabato Regional Hospital and later later declared to be in stable condition.

Gov. Mujiv Hataman of the Autonomous Region in Muslim Mindanao (ARMM) visited the victims at the hospital and condemned the attack.

Police authorities have yet to identify the suspects and the motive behind the incident. -Editha Z. Caduaya