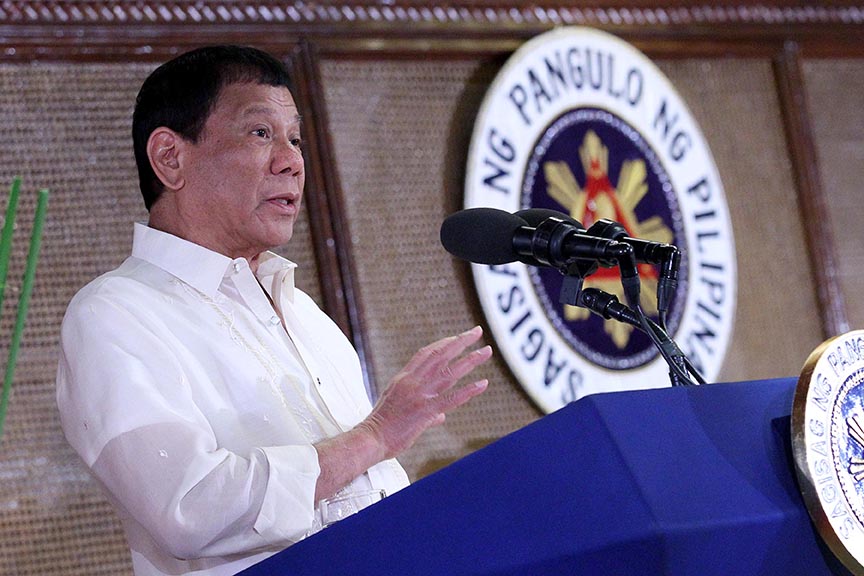 Asked about his opinion on the discovery by the Commission on Human Rights (CHR) of eleven individuals hidden inside a polica station Friday, Duterte quipped ”I will look into this after… this afternoon. I will call Bato (PNP Chief Ronald Dela Rosa),” Duterte told reporters in Malacanang while waiting for the arrival of Indonesian President Joko Widodo.

On Thursday, a Commission of Human Rights (CHR) team found around 12 men and women locked up inside a “secret jail” hidden behind a bookshelf inside Police Station 1 in Tondo, Manila.

After the incident, Director Oscar Albayalde, Regional Director of the National Capital Region Police Office (NCRPO), ordered the administrative relief of the station commander, Supt. Roberto Domingo, along with 12 other police officers.

Albayade also directed the Regional Internal Affairs Service, the PNP’s mechanism for investigating irregularities by their own men and women, to conduct an impartial investigation. Earlier, Malacañang welcomed the relief of Domingo and his men saying “a report of the investigation will be forthcoming,” (Cielito M. Reganit/PNA)