Widodo likens himself to Duterte 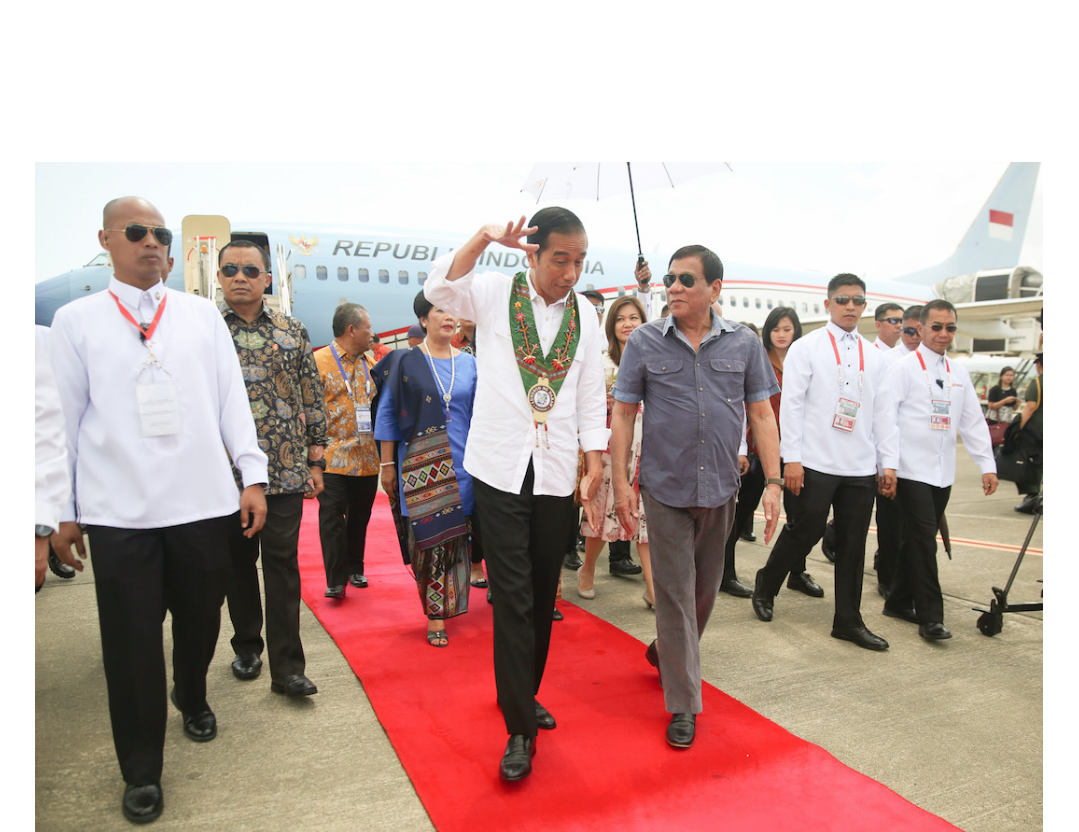 Indonesian President Joko Widodo said Mayors know the problem of the community and their people as he likened himself to Philippine President Rodrigo Duterte during the launching of the Davao-GenSan-Bitung new sea route via Roll On, Roll Off Sunday in Kudos port in Davao.

Widodo visited Davao City for the maiden voyage of the Davao City, General Santos City and Bitung in East Indonesia sea route which is the first economic activity of the ASEAN in his speech pointed out “I also feel moved and thankful to visit Davao, this wonderful city, this great region. Like you, Mr. President, I too was a mayor of a wonderful city like this in Solo City (Surukarta)… I can also very well imagine how much this city moves you,” Widodo said.

In his city in Solo, where Widodo served as City Mayor, he is well loved and people takes pride of producing a president.

The Indonesian president added that he can just imagine how much Duterte means to Davaoeños.Widodo said that, like Duterte, he also cares about citizens from outside the capital cities. He said that businessmen used to only concentrate on the island of Java, which is near Indonesia’s capital city, Jakarta.

“President Duterte, I know you care deeply for the areas of your proud country that are far from … the capital of Manila,” Widodo said.

“I, too, when I took office two and a half years ago, decided to address our imbalance in Indonesia,” he added.

Like Duterte, infrastructure development in Indonesia has been spread in the remote localities since he was elected, as he said it Sunday ““building our nation from the outside.”

Widodo assured the citizens from provinces that he and Duterte believe in them. “President Duterte and I sincerely believe that the people in the outer region are just as smart, are just as just as strong, are just as resourceful as the rich people in the capital cities,” the Indonesian president said.

“They only need one thing, one thing only – and that is to be given a chance,” he said.

Widodo said he hopes that the new roll-on/roll-off vessel service between Davao, General Santos and Bitung represents new opportunities that will foster new businesses for both Indonesians and Filipinos. He earlier said trade between the two countries has increased by 30 percent.

Mindanao people also thank Duterte for making bog plans for the region as people hope he can make the difference.

Mindanao Development Authority Chair Abdulkador Alonto in his welcome remarks said people of Mindanao takes pride for having a Mindanaoan president who promised to help development the island.

Widodo thanked Duterte for his “extraordinary commitment in realizing the shipping route.”

Duterte for his part thanked Widodo “I thank President Widodo, the government of Indonesia and our private partners for helping us make the first Asean Roll-On Roll-Off route possible. “-Editha Z. Caduaya/Newsline.ph