Posted on May 6, 2017 by Philippine News Agency 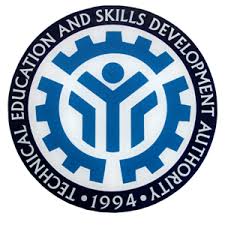 BACOLOD CITY, Philippines– A total of 34 drug surrenderers from Barangay 4, Isabela town in Negros Occidental will graduate on May 9 from their two-week skills training on steel fabrication under the Technical Education and Skills Development Authority (TESDA).

TESDA-Negros Occidental head Joel Villagracia sought the cooperation of Barangay 4 led by village chief Eduardo Pregua for the implementation of the project in cooperation with the Municipal Government of Isabela under Mayor Joselito Malabor.

The participants, who surrendered through “Oplan Tokhang” of the Philippine National Police, underwent 120 hours of steel fabrication training from March 17 to 31 at the TESDA training center in Talisay City.

They were recipients of the Training-for-Work-Scholarship Program grants provided by TESDA.

The trainees were among the drug personalities from various cities and municipalities who underwent the community-based drug rehabilitation program through the series of wellness camps conducted by the Provincial Government of Negros Occidental with the 303rd Infantry Brigade.

TESDA Director General Guiling Mamondiong had directed the agency’s regional and provincial directors to coordinate with the Department of Interior and Local Government and the PNP in assisting drug dependents.

“This is one way of helping them get clean and stay clean. When armed with skills and the opportunity to be engaged in livelihood or get employed and earn money, these drug users and pushers will be transformed,” Mamondiong added.

In Negros Occidental, the provincial government has assisted 168 surrenderers who attended the wellness camps held in August, September, November and December last year.