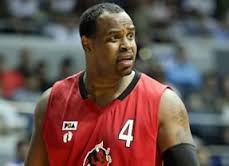 MANILA — Three persons including former Philippine Basketball Association (PBA) player were subjected to an inquest proceeding at the Department of Justice (DOJ) on Thursday after their arrest in a buy-bust operation in Mandaluyong City.

Former PBA player Dorian Pena, along with Ledy Mea Vilchez and Jose Paolo Ampeso were subjected to inquest proceedings before the DOJ for violation of Republic Act 9165 or the Comprehensive Dangerous Drugs Act specifically for selling illegal drugs, maintenance of a den, possession of illegal drugs, apparatus and other paraphernalia and conspiracy.

Assistant State Prosecutors Jocelyn Dugay and Ethel Rhea Suril conducted the inquest proceeding based on the complaint filed by the National Bureau of Investigation (NBI).

Operatives of the NBI’s Task Force on Illegal Drugs arrested the three suspects during an operation conducted Wednesday in Merryland Village, Mandaluyong City.

Pena last played in the team of GlobalPort Batang Pier of the PBA.

During his PBA career, Pena won four championships in his stints with San Miguel. He also played for Ginebra and Barako Bull.

Pena, who started out in the defunct MBA before playing 15 seasons in the PBA, also made it to the Mythical First Team twice and the Second Team once. (PNA)