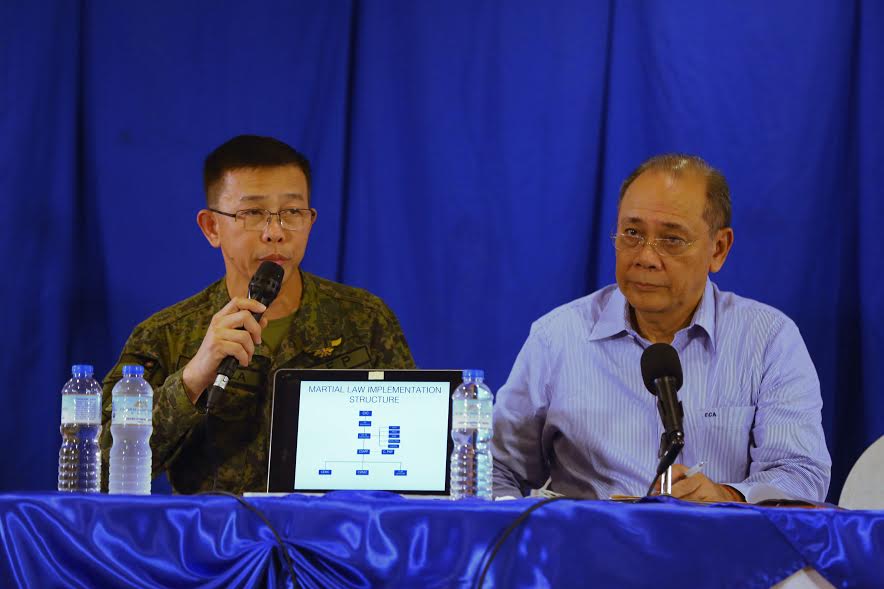 Army General Restituto Padillo, spokesperson of the Armed Forces of the Philippines (AFP) in a press briefing
Friday at the Royal Mandaya Hotel told reporters “As of May 25 midnight, 31 members of the Maute terror group were killed and 12 or Baka (Maybe) half them are foreigners.”

The foreign terrorists are either from Indonesia, Malaysia and Singapore.

The AFP found out, among the recent twelve casualties, half of them are foreigners. Bringing the total number of fatalities of terrorist killed to 31.

Padilla said they have contacted the respective embassies for their proper identification and disposition.”

Foreign terrorist went to the Philippines to train new recruits.

The concentration of the military operations now, according to Padilla “is to clear Marawi of any terrorist, he soonest time possible.”

The AFP assured the people they will not violate the rights of the law abiding people as he vowed swift punishment for any soldier abusing the Martial Law declaration while the the Writ of Habeas Corpus is suspended in the whole of Mindanao.

Padilla emphasized “the need to declare martial Law “Is for the greater interest of the public that is why we emphasize the upholding of the law.”

The movement of the government forces are sometimes hampered by the terrain which the terrorist group placed under their control.-Editha Z. Caduaya/Newsline.ph