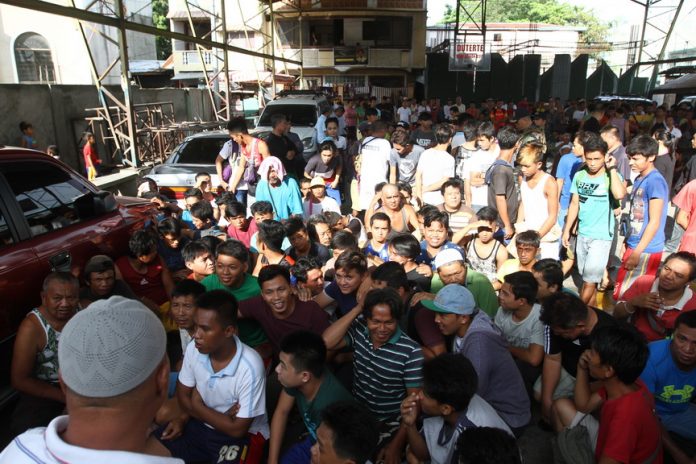 DAVAO CITY, Philippine– About 250 individuals were invited by various police precincts here for failure to show proof of residency in their villages.

The Oplan “Bulabog” (operation Sudden Flight) is a surprise community visits by law enforcement authorities to check the identities of male residents in the area.

Three barangays were visited starting Wednesday morning with 250 individuals invited for failure to show ID’s and village leaders do not know them.

Davao City Police Director Alex Tagum said it is not a clamp down “The purpose is t check the information that we received that some fugitives have been hiding in some villages and we just want to know if everyone in the village is a resident.”

Barangay Captain Wating Uzman of 23-C, whose village was first visited by the police said one of those invited by the police called him while he was in Marawi Thursday asking for help “But I told him, I cannot I respect the police operations.

Tagum assured the residents their rights are respected not violated if they are law abiding citizens.-Harold Pontongan/Newsline.ph