Posted on June 5, 2017 by NewsLine Philippines 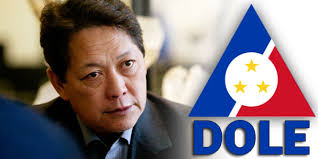 MANILA, Philippines– Amid tension brought about by the cutting of diplomatic ties by Saudi Arabia, the United Arab Emirates, Egypt and Bahrain with Qatar, Philippines relationship with the later stands.

Department of Labor and Employment (DOLE) Secretary Silvestre bello III said there is nothing to worry about recent diplomatic problem among Middle East countries.

Bello emphasized “Nothing to worry about. We still maintain diplomatic relations with Qatar.”

The diplomatic crisis in the Arab countries will not result to decline in the deployment of Filipino workers
“Hindi naman (no, it won’t). In fact I am going there in September.”

The September visit, Bello said will be the signing of labor documents concerning the workers from Philippines.

The four Arab countries have decided to break ties with Qatar after accusing it of supporting terror.-with reports from Ferdinnd G. Patinio/PNA