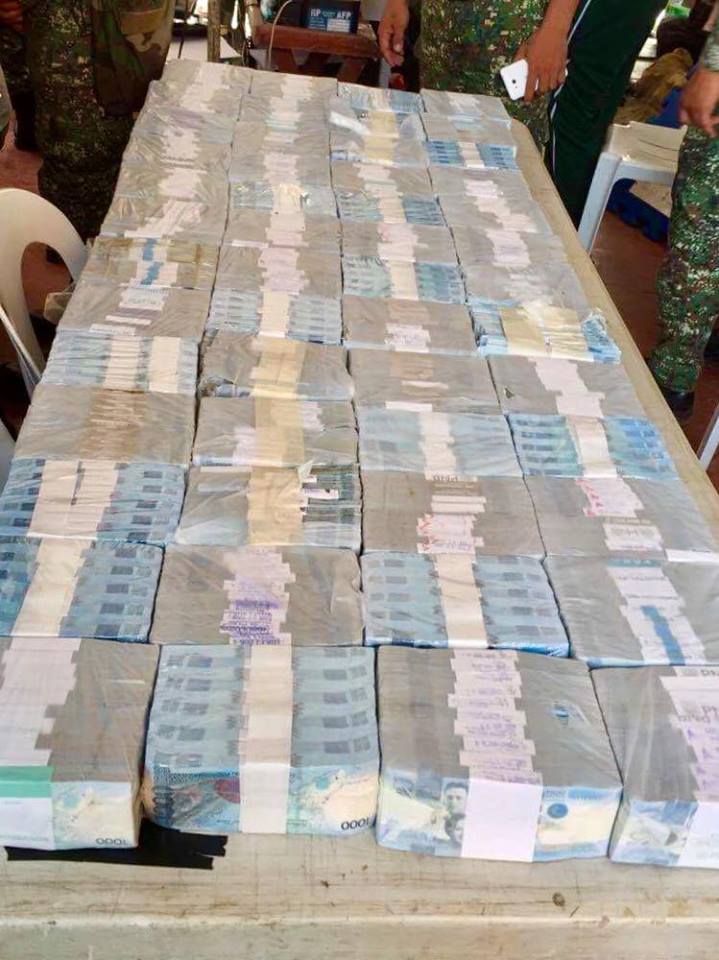 DAVAO CITY, Philippines— Members of the 37MC of the Philippine Marine battalion recovered P52.2-million cash and P23.7-million worth of stale checks inside a house serving as post for Maute group in barangay Saduc Proper, just near Mapandi bridge, Marawi City during the clearing operations.

The total amount of the cash and the checks amounts to P79.2-million.

In a media briefing Task Force Marawi spokesperson Jo-Ar Herrera clarified it and Marine officers said ₱52.2 million in cash and P27 million-worth of stale checks were found inside a vault during a house-to-house clearing operation near Mapandi bridge.

Mapandi bridge was under the control of the terrorist Maute group for 12-days as the bridge served as their shelter from military attacks.

While clearing the house Monday afternoon marine troops discovered huge cash and checks. After the inventory the same was turned over to the Joint task Force for safekeeping.

The Marines reported the house was an abandoned machine gun position of the armed terror group Maute.

The terrorist Maute group has been the subject of joint government operations since May 23 reportedly to protect the “emir” or leader of ISIS in the Philippines, Isnilon Hapilon, who is believed to be in the area.

Hapilon is allegedly working with the Maute group to establish a “wilayat,” or caliphate of ISIS in Lanao del Sur.

President Rodrigo Duterte is offering PHP20 million bounty to anyone who can give vital information leading to the arrest and neutralization of Abu Sayyaf leader and ISIS “Emir” in the Philippines, Isnilon Hapilon and Abdullah and Omar Maute, the heads of the terror group now being cornered by security forces in Marawi City.

The PHP10 million is allotted for Hapilon and PHP5 million for each of the Maute brothers.

“The President is offering PHP10 million-reward money for the neutralization of Isnilon Hapilon who is believed to be leading the terrorist Maute-ISIS group in attacking Marawi City,” Año disclosed. Editha Z. Caduaya/Newsline.ph