Maute patriarch arrested in Davao with .45cal and grenade 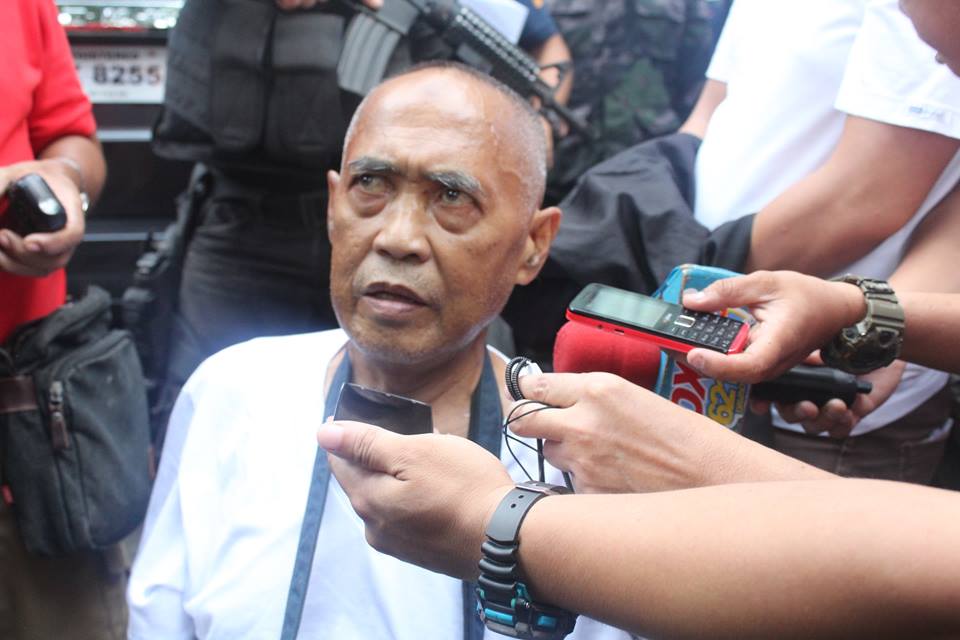 DAVAO CITY, Philippines—The father of the terrorist Maute brothers was arrested along with four people at about 10:am Tuesday at the Checkpoint of Task Force Davao in Sirawan, Toril with .45 caliber pistol and a hand grenade.

When authorities inspected the van, they found .45 caliber pistol and a hand grenade hidden below the passenger’s front seat. Both Cayamora and Norjannah Maute are in the “wanted” list of terrorist.

Gaerlan in a press conference said the group was en route to Davao Regional Hospital in Tagum City to seek medical treatment of the older Maute.

The Maute Group, said to be linked to ISIS, is behind the clashes that erupted in Marawi City.

Col. Nestor Mondia, commander of TF-Davao checkpoint in Sirawan said Cayamora wrapped his body and covered his face with “Malong” cloth and was wearing surgical mask which led TF-Davao soldiers to suspect something was wrong.

TF-Davao personnel asked Cayamora to remove the cloth “Malong” and the surgical mask and it turned out that he was the person in the wanted list.

Cayamora presented various identification cards but law enforcers identified him as the same person who is in the wanted list.

Toril Police precinct commander Ronald Lao said, “At first, he denied is the Maute in the wanted list but later admitted he is a Maute”.

Immediately after the discovery, Mondia and Lao led the troop and brought the Maute family to Davao City Police headquarters. When authorities inspected the van, they found .45 caliber pistol and a hand grenade hidden below the passenger’s front seat.

A motorist who refused to be identified said the van with plate no. MES 219 switched on it’s hazard lights and overtook them near the checkpoint “we thought it was emergency, later we found out it was the Maute family”./HVP/newsline.ph