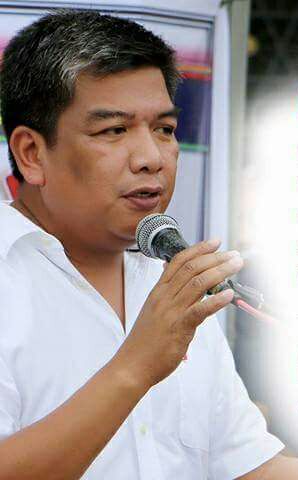 COTABATO CITY, Philippines— The Autonomous Region in Muslim Mindanao (ARMM) strongly condemns the desecration of a church in Marawi City by men identified as members of local terror groups that brought havoc and violence to the country’s only Islamic city.

In a video uploaded to social media on June 5, terrorists were yelling “Allahu Akbar” while destroying religious statues at the Cathedral of Maria Auxiliadora, more popularly referred to as St. Mary’s Church in the Prelature of Marawi. It is the only Catholic church in the city.

“This is inhumane and unacceptable; their acts mirror that of the Khawarij and their belief betrays those of our faith. These terrorists are nothing but hypocrites who undermine the true essence of Islam,” Gov. Hataman said.
“They are un-Islamic,” Gov. Hataman added.

He underscored that the acts of the Maute Group, the Abu Sayyaf, and their ilk show that they are unfortunate reincarnations of the Khawarij. “They are the worst of the creation,” Gov. Hataman said.

The Regional Darul Ifta, the region’s highest Islamic authority, also denounced the incident calling the act of the local terror groups as evil. In a statement, the Darul Ifta said Islam values life and property. Muslims and Christians live in peace in every community of the country and able to practice their belief without duress, it said.

In the last two weeks, the Marawi City attackers, comprising of members of various terror groups that have expressed allegiance to the Islamic State, raised black flags in the city, attacked the cathedral, abducted hundreds of civilians, burned buildings, and released prisoners from jail.

“It is our responsibility as Muslims to denounce the actions of the members of the Maute Group and Abu Sayyaf, and all other local groups whose actions are a disservice to Islam – a faith that promotes compassion, kindness, and peace,” Gov. Hataman said.

Over 300,000 residents have fled the city since hostilities began between government troops and the terrorists.

“Let us not allow these terrorists to hijack and destroy Islam. We cannot and must not tolerate them, and we must make sure that they are brought to justice,” the governor added. (Bureau of Public Information)