Arrest of Maute patriarch a big blow to terror group-EastMinCom 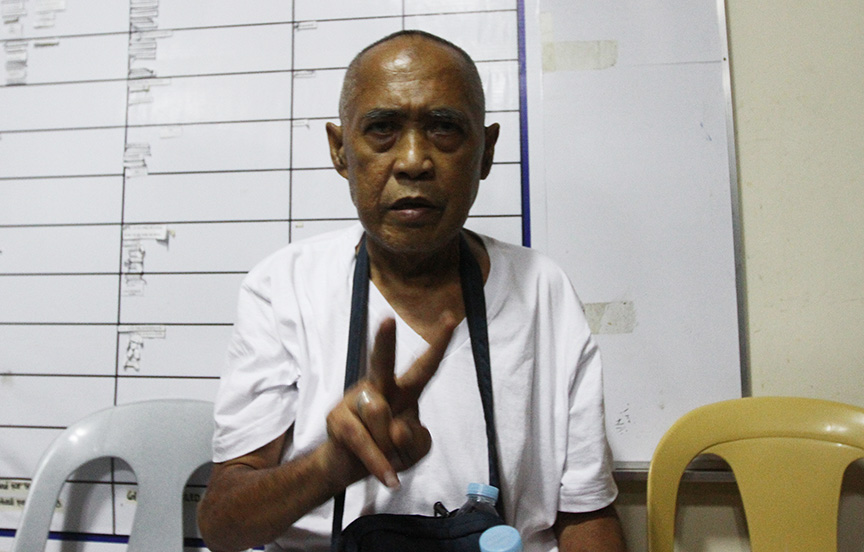 DAVAO CITY, Philippines—The Tuesday arrest of the father of terrorist Maute brothers is a big blow to the terror group.

“This is a big blow to the Maute Group; the arrest is a manifestation that they cannot run away from the long arm of the law. We appreciate the vigilance and alertness of cooperation of the public of our troops that led to their apprehension.” Gapay said.

Cayamora was arrested at the checkpoint of Task Force Davao in Sirawan, Toril District Tuesday

Maute patriarch arrested in Davao with .45cal and grenade

“Accordingly, the searching troops are in doubt of a certain thing being concealed in a pile of clothes inside a van that prompted them to conduct thorough search which eventually led to the arrest of the suspect. He was identified via a photo gallery posted in the checkpoint,” he said.

“During his apprehension he is in possession of several identification cards with fictitious names. Also in their possession is a cash worth P363,000, a pistol and an improvised explosive device.”

Maute together with his four companions were brought to Davao City Police Station for custodial debriefing.

Meanwhile, Davao City Mayor Sara Z. Duterte-Carpio has commended the Task Force Davao for the apprehension of the elder Maute at the military checkpoint in Toril.

“We commend the entire Task Force Davao team for always being alert, for their hard work, and for their unquestionable dedication to keep Davao City and the Dabawenyos safe from terrorists like the Maute brothers,” Duterte-Carpio said.

She said the apprehension of the patriarch of the notorious Mautes is crucial in the government’s efforts to end the reign of terror experienced in Marawi and the entire Mindanao these days.

“This is an important development in our collective fight to reclaim peace and defeat lawlessness and terrorism, and all that threatens our freedom and future,” she said.-Armando Fenequito Jr./Newsline.ph